What Does Non-GMO Mean? 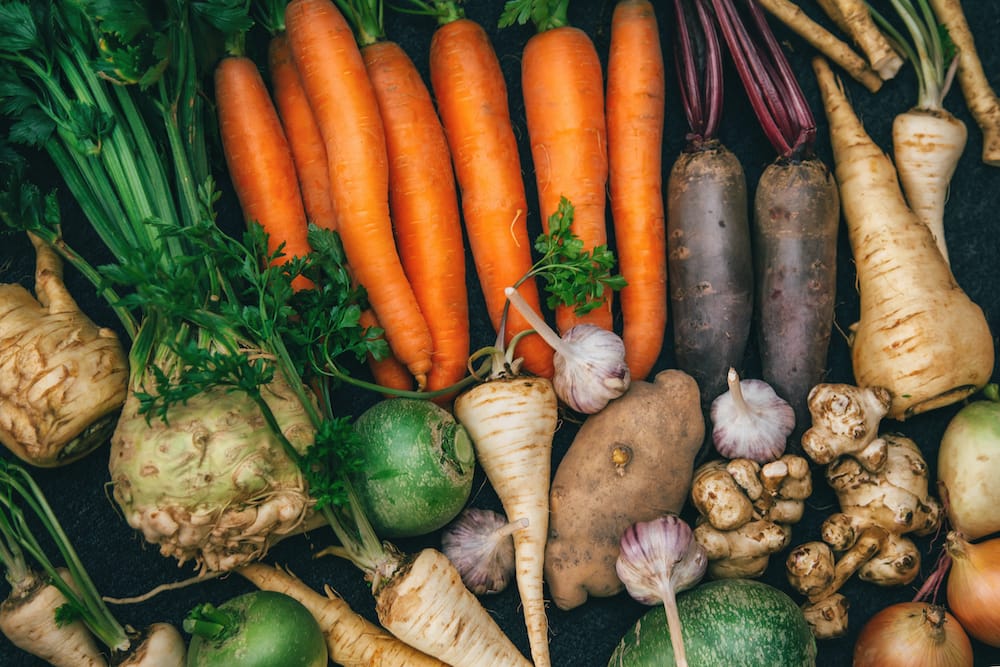 What Does GMO Mean?

GMO stands for genetically modified organism. Genetically modified organisms (GMOs) refer to crops developed through genetic engineering. Genetic engineering is a more precise method of plant breeding. It allows plant breeders to transfer beneficial and natural traits from the DNA of one plant to another. They can also use it to make changes to a plant’s existing traits.

Since the beginning of agriculture, farmers have used selective breeding to grow the best crops. When selectively breeding, farmers replant only the seeds from the best crops with the desired traits. Selective breeding is the reason we have many of the nutritious crops we know today. It’s taken thousands of years for farmers to selectively breed for those crops. Modern genetic engineering allows farmers to choose the best traits faster and safer than ever before.

DNA is the blueprint for how organisms will grow and function. Genes carry out the blueprint. Some plants express beneficial genes, like drought resistance or insect resistance. Genetic engineering safely and accurately activates those beneficial genes or turns off the bad ones. For example, many apples turn brown within minutes when cut into or opened, and this leads to food waste. Recent advances in genetic engineered have turned off that trait, creating an apple that doesn't brown as fast. All of this takes careful consideration of human and environmental health.

Before we get into a discussion about the term non-GMO, let's talk about why GMOs exist in the first place, and why farmers might grow GMO crops. GMOs are created to achieve a desired trait, such as resistance to a pest or tolerance to drought conditions.

For the most part, non-GMO on a product means that a product contains ingredients that suppliers claim are mostly GMO-free. Non-GMO labels, definitions, and verifications vary country by country.  Non-GMO Project Verified is probably the most well-known certification organization. Other common labeling organizations including NSF International, A Greener World (AGW), ProTerra, and Natural Food Certifiers. Some companies may use their own labels, calling an item non-GMO, without verification from an independent organization.

The important thing to know is that Non-GMO does not mean 100% GMO-free. Labeling standards are incredibly complex and vary from organization to organization, but most non-GMO certifying organizations consider products that have less than 1% GMO ingredients to qualify as non-GMO. A product could include as much as .9% GMO ingredients and still be considered non-GMO by most groups.

Non-GMO certification processes are voluntary and not enforced or overseen by the government. Instead, independent organizations set standards for non-GMO foods and conduct their own certifications. Most of these organizations outsource the actual food and product testing to third-party labs.

It is important to remind people that GMO crops have been shown to be safe to eat, safe to grow, and safe for the environment by regulatory agencies around the world. They have also been touted by medical and scientific bodies around the world as safe. Finally, a blue panel committee organized by the U.S. National Academies of Science, Engineering, and Medicine took a look at the safety of GMOs in an exhaustive report in 2016 and the study committee found "no substantiated evidence of a difference in risks to human health between current commercially available genetically engineered (GE) crops and conventionally bred crops, nor did it find conclusive cause-and-effect evidence of environmental problems from the GE crops."

How are Non-GMO Labels Approved?

Getting back to the labeling issue, non-GMO label approval typically starts with testing of high-risk ingredients, like corn and soy. Most ingredients aren’t considered high-risk and often aren’t tested. The majority of non-GMO certification organizations outsource testing to technical service companies. These companies perform several experiments to determine if a food is GMO-free. These labs test ingredients throughout the supply chain but rarely test final products.

If the test results show that less than 1% of the ingredients are non-GMO, a company can add the label to their products. Certification and testing organizations also focus on the publicity of the GMO-free label.

There are other exceptions when it comes to non-GMO consumer products. Click here to learn the truth behind non-GMO labeling.

The definition and certification of organic products vary from country to country. But in every instance, non-GMO is not the same as organic. GMO and non-GMO refers to crops developed through a specific type of plant breeding, namely genetic engineering. Organic is a type of growing method. Organic is a farming system that limits or prohibits the use of certain pesticides, fertilizers, and restricts the ways farmers can use their land. In the United States, organic regulations also prohibit the use of GMOs, but this also varies from country to country.

While the USDA requires that organic foods are grown without using GMO seeds, the process does allow up to one percent of the finished product to be genetically modified. There are some other exceptions. Ingredients that don’t have a non-GMO alternative are sometimes allowed in organic production.

Non-GMO Project Verified and other non-GMO labeled products are not required to be organic. Click here to learn more about the differences between organic and non-GMO.

Should I Avoid GMOs?

As consumers, we have choices. It’s important to make sure you’re educated about GMOs and the options available. We believe in consumer choice and if you’d still like to avoid the benefits that GMOs provide, look for products that have a non-GMO or USDA Certified Organic label on them. However, you must be aware of what a "non-GMO" label really means. Click here to read more about how to live a GMO-free life.

Being completely GMO-free means more than purchasing non-GMO labeled products. It means giving up many foods and products that make our lives easier. Some GMOs are designed to reduce environmental impact by requiring fewer pesticides and less water.

There is a surprising amount of foods and everyday products with genetically modified ingredients. There are also many non-crop ingredients that scientists have genetically modified to have desirable traits, such as vitamins, minerals, and medicine like insulin. Even with the proven safety of GMOs and the consumer and environmental benefits, some people choose to avoid GMOs even though the benefits of GMOs have been well-documented.

The Truth Behind GMO Labeling

Is Organic Also Non-GMO? What is the Difference?

Now liquor companies are getting into the deceitful GMO game

CUT TO THE CHASE: GMO-free marketing is deliberately misleading consumers