History of the Holiday Meal: How We Arrived at the Food We Eat Today

GMO Answers often receives questions asking “how much of my food is GMO?” or “I heard all food in the grocery store is GMO, is that true?” Many are surprised to learn that there are very few GMO crops grown around the world. Today, we take a look at popular dishes and ingredients, both GMO and non-GM, and learn how they became a part of your holiday meal.

It’s important to remember, that just because a crop isn't a "GMO," it doesn't mean that the crop's genetics haven't been modified.  Farmers have intentionally changed the genetic makeup of all the crops they have grown and the livestock they have raised since domestic agriculture began 10,000 years ago.  Virtually every fruit, vegetable, and grain that is commercially available today has been altered by human hands, including organic and heirloom seeds. There are many different plant breeding methods employed for different purposes, and genetic engineering is simply one of them. 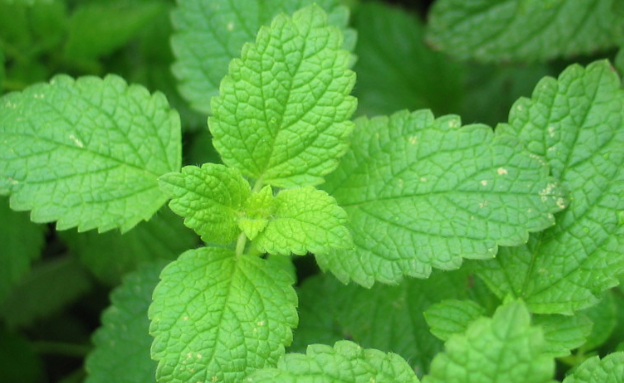 Peppermint, a popular herb around the holidays, is a natural hybrid cross between spearmint and water mint, and its seeds are sterile.

Peppermint plants reproduce vegetatively, spreading by its rhizomes. Hybrid plants can happen in nature through cross-pollination, but most have been created by humans.

Straight up or a la mode, apple pie is a must-have holiday dessert.

There are non-browning GMO apples on the market today. In the past, new apple varieties were developed through traditional plant breeding methods. Instead of growing commercial apple trees from seeds in the orchard, a desired variety is grafted onto existing rootstock so that the apple fruit stays true to variety. Learn more here.

Did You Know: There's a good chance the apple in your holiday pie is patented. The Red Delicious apple alone has had over 42 patented "sports" (mutations). Almost all conventional (non-GM) and organic hybrid seeds are patented. But beyond patents, many apples are now being grown in "clubs." Club apples are not just patented, but also trademarked and controlled in such a way that only a select "club" of farmers can grow and sell them. NPR's The Salt writes about this new trend in apple breeding.

Don’t forget to eat your vegetables too! Kale, Brussels Sprouts, and Other Cruciferous Veggies you may find in your holiday meal are examples of crops modified by humans. Take wild cabbage, for example, a plant that has been changed over thousands of years through breeding and selection to create a variety of vegetables we enjoy today, such as cauliflower, broccoli and yes, cabbage.

Why were these crops modified? Both GM sugar beets and GM canola varieties available in the U.S. have herbicide resistance traits, which help growers manage weeds, improve productivity and lessen environmental impacts – learn more about this here.

While some GM crops are developed for herbicide resistance traits, others have disease or insect resistance traits, such as the Bt gene that targets certain agricultural pests. Here's a complete list of reasons why crops might be genetically modified:

Did You Know: Sugar from sugar beets and oil from canola are chemically the same whether originating from GM or non-GMO crops due to processing. This post by Bruce Chassy explains what happens to DNA during processing.

Want to know more about GMOs in your holiday meal? Watch our video!