What GMO crops are currently available on the market?

Since GMOs were first approved for commercial use and planted in US soil in 1996, their production has rapidly increased; helping to make farming methods far more efficient and productive. The most common GMO crops include soybean, maize, cotton, canola, and alfalfa. The following GMO  crops were also planted in different countries in 2018: papaya, eggplant, potato, apple, safflower, pineapple, and sugarcane. Please visit the ISAAA website for more information on GMO crops around the world.

What are GMO crops?

A genetically modified crop is a crop that has had its genetic makeup altered in order to produce a more desirable outcome, such as resistance to disease or change in size. This is a very specific type of plant breeding that takes the desirable DNA trait from one organism and implants it into another to create a new, stronger product – one that’s impossible to produce through traditional farming methods.

Currently, there are ten genetically modified crops that have been approved by the US and are available on the market. So, if you’ve ever wondered what crops are GMO, take a look at our GMO foods list below:

Many of these GMO crops are used as processed ingredients in common foods – such as sugar or cornstarch. Only some varieties of papaya, potatoes, squash, sweet corn and apples may be available in your store’s produce aisle.

You can find out the many benefits of GMO crops in the table below. 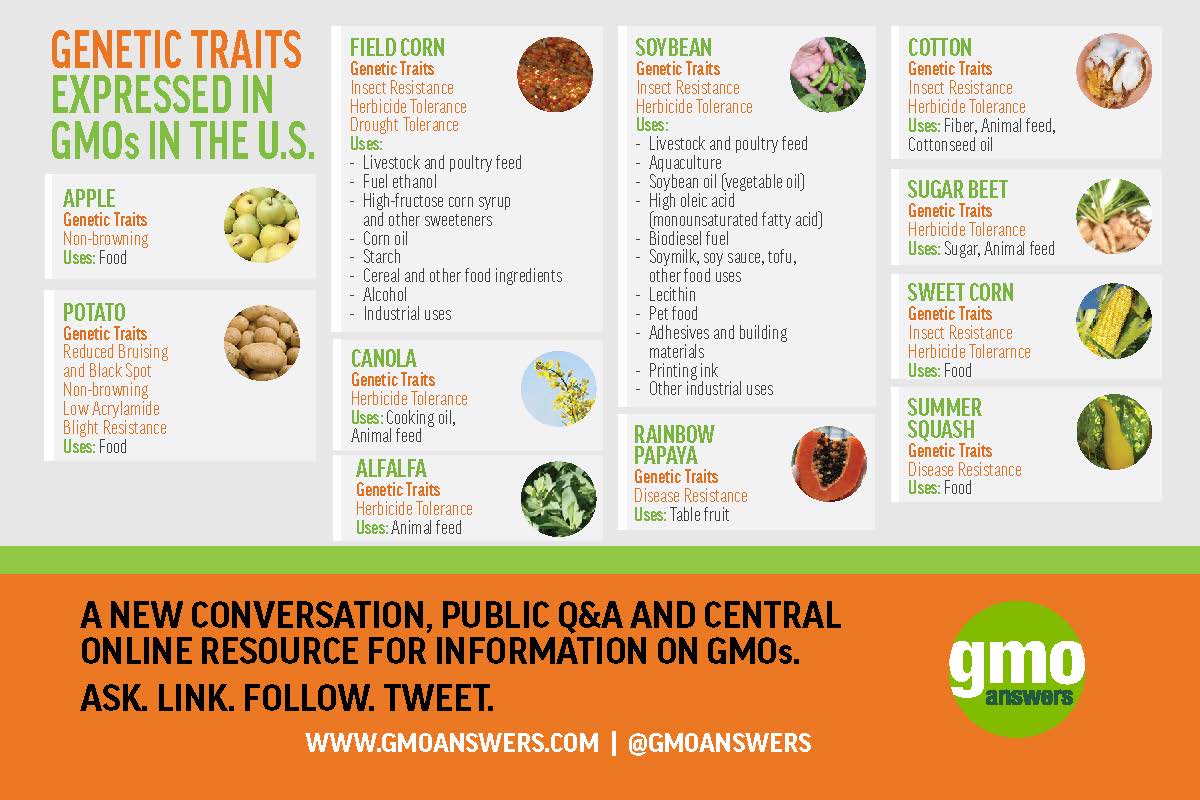 While it’s true that some people want you to believe GMOs are bad, it’s important to be aware of the facts, so you can make an informed decision for yourself. Read our guide on myths vs facts to get a better understanding of some of the common misconceptions surrounding GMOs.