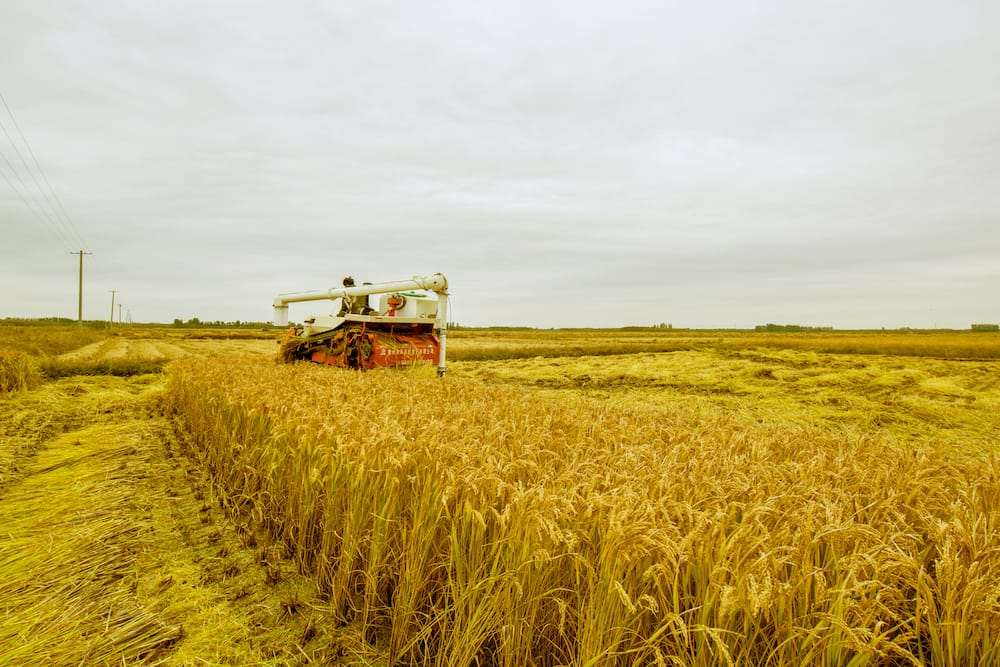 It’s common for people to think of grains, or oversized fruits and vegetables when they think of the applications of GMOs and genetic engineering (GE) in agriculture. And while it’s true that GMOs can result in hardier crops with more desirable characteristics for human consumption, like enhanced nutritional content, one GMO crop has the potential to change the lives of millions of people worldwide by helping to prevent irreversible childhood blindness via the addition of a single essential nutrient: Vitamin A.

What Is Golden Rice and How Was it Made?

Malnutrition, famine, and lack of food security are significant issues throughout the world. When people, especially children, lack adequate nutrition, including essential vitamins and minerals, they become susceptible to numerous diseases and health problems.

Millions of people worldwide rely on rice as a primary staple of their diets, but rice naturally lacks vitamin A. Without access to other food sources, those people quickly become deficient in this important nutrient.

To counteract this common debilitating health condition, beta-carotene, which converts to vitamin A during the digestion process, was added to a strain of rice via a GE process. The result is a GMO rice crop called Golden Rice.

What Are the Benefits of Golden Rice in Addressing Vitamin A Deficiency?

A 2009 clinical trial found that adult volunteers in the U.S. who ate Golden Rice GMO received enough beta-carotene to be effectively converted to vitamin A in their bodies. In addition, the American Society for Nutrition found that even just a cup of Golden Rice in a person’s diet could supply up to 50% of the amount of daily recommended intake of vitamin A.

Because rice is such a popular crop among a large amount of the world population—estimates show that anywhere from 30% to 72% of caloric consumption in Asian countries comes from rice—it’s an ideal crop to fortify with beta-carotene to target vitamin A deficiency, making the Golden Rice Project a highly successful endeavor at combating one of the world’s most common nutritional deficiencies.

How Has Golden Rice Been Tested and Researched for Safety?

Since it was first announced, many publications have reported on the Golden Rice controversy. However, people who are curious about this GMO or want to try it should rest their fears.

Multiple tests have shown that Golden Rice is safe for human consumption among all age levels, including children. Governmental organizations have already thoroughly tested Golden Rice and approved it for consumption in the U.S., Australia, Canada, and New Zealand. That means the current status of Golden Rice is improving globally, especially as countries realize its importance for correcting a serious nutritional problem in their growing populations.

In the Philippines, a country with high levels of poverty and malnutrition, the government officially approved Golden Rice for human consumption in late 2019 as a method of treating widespread vitamin A deficiency.

Like many Asian countries, the staple diet in the Philippines relies heavily on rice, making Golden Rice an easy addition to the plates of citizens of all ages. It’s especially beneficial for young children, who are most at risk of developing debilitating conditions, including blindness, due to vitamin A deficiency.

Is Golden Rice Approved by the FDA?

Yes. The U.S. Food and Drug Administration approved Golden Rice in May 2018. Golden rice approval came shortly after the GMO crop was approved for consumption in New Zealand and Canada. Golden Rice is the first nutritionally enhanced GMO rice to receive regulatory approval for use in food, and many countries appear poised to follow those that have already approved it, including others in Asia, due to the devastating health effects of vitamin A deficiency and the common nature of this ailment.