Healthy soils are the foundation of a healthy agricultural production system. From serving as a biodiversity powerhouse to contributing to carbon sequestration, agricultural soils are an important component of food production. 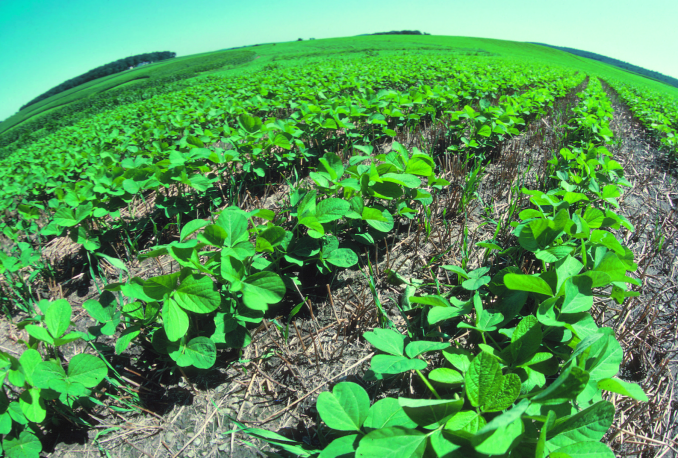 Weed control is a constant problem that farmers of all production methods must manage to have healthy, high-yielding crops. One way farmers control weeds in their fields is through tillage – which is to literally turn over the top layer of soil to uproot the weeds. While this is one solution for weed control, it leaves a field open to erosion and run-off to waterways, and releases carbon dioxide, a contributor to greenhouse gases.Herbicide tolerant GM crops enable farmers to till less often, leading to improved soil health and water retention, reduced runoff, and reduced greenhouse gas emissions. The organic matter and moisture that remains in the soil helps crops better withstand periods of drought, and less erosion means that the inputs farmers use stay in place and don’t end up in our lakes and rivers.

According to Director, University of California Systemwide Biotechnology Research and Education Program, Martina Newell-McGloughlin, "Biodiversity is actually enhanced by the adoption of GM crops. Those crops commercialized to date have reduced the impacts of agriculture on biodiversity through enhanced adoption of conservation tillage practices … and use of more environmentally benign herbicides and through increasing yields to alleviate pressure to convert additional land into agricultural use."

These five facts from CropLife International will give you a new appreciation for the soil beneath your feet.

You can read more about how herbicides used with herbicide resistant crops interact with microbial communities in agricultural soils here. Additionally, it is important to note that GM crops do not adversely affect soil biodiversity, as explained in this response. Extension specialist Shawn Askew also addresses whether herbicide resistant crops contribute to higher usage of herbicides in this response. Learn more about herbicide use with GM crops here and here.

Looking for more information about soil health? Check out these resources: