Each week in February, GMO Answers will introduce you to a new commodity crop, its role in agricultural production and its relationship to biotechnology and GMOs. Last week, we talked about corn, a major commodity crop - where it's most commonly grown and why, its many uses, and the types of corn that are available as GM varieties.

This week: Soybeans. Soybeans are another popular commodity crop in the U.S, and have quite a few uses beyond food in our daily lives.

Did you know: Although George Washington Carver is well known for his work with peanuts, he also discovered that soybeans are a valuable source for protein and oil?

Where are soybeans grown?

Soybeans were originally domesticated in China around 1100 B.C. but weren't cultivated in the U.S. until the 1850s when a crew member rescued from a Japanese fishing boat gifted seeds to his rescuers, who brought them back to Illinois and other Midwest states. Soybeans flourished in hot, humid summer weather, and soon farmers were widely growing soybeans for use in animal feed.

Today, soy ranks second only to corn as the most widely planted field crop in the U.S., with soybean acreage concentrated in the Midwest and Southeast where climates are most hospitable. 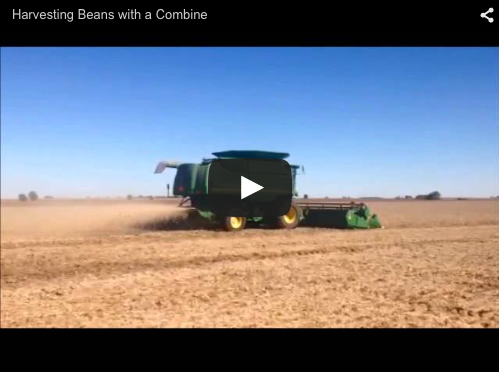 The U.S. is the world's largest producer and exporter of soybeans. As of the late 2000s, the value of oilseed and oilseed product exports, particularly soybeans, rose to over $20 billion. USDA.gov has more information on soybean import and export.

Internationally, Brazil, Argentina, China and India also are major producers of soybeans, including GM varieties of soybeans that provide herbicide resistance and insect resistance, traits also used by American farmers. Herbicide resistant GM crops allow farmers to practice no-till farming, which saves time, and also helps cut down on CO2 emissions. In 2013 alone, GM crops and no-till farming helping reduce CO2 levels to the equivalent of 12.4 million cars being removed from the road.  GM crops which are resistant to pests help farmers make fewer pesticide applications on their crops.  In fact, GMOs have led to 503 million kg (or 1,109lbs) less pesticides being used between 1996 and 2012. 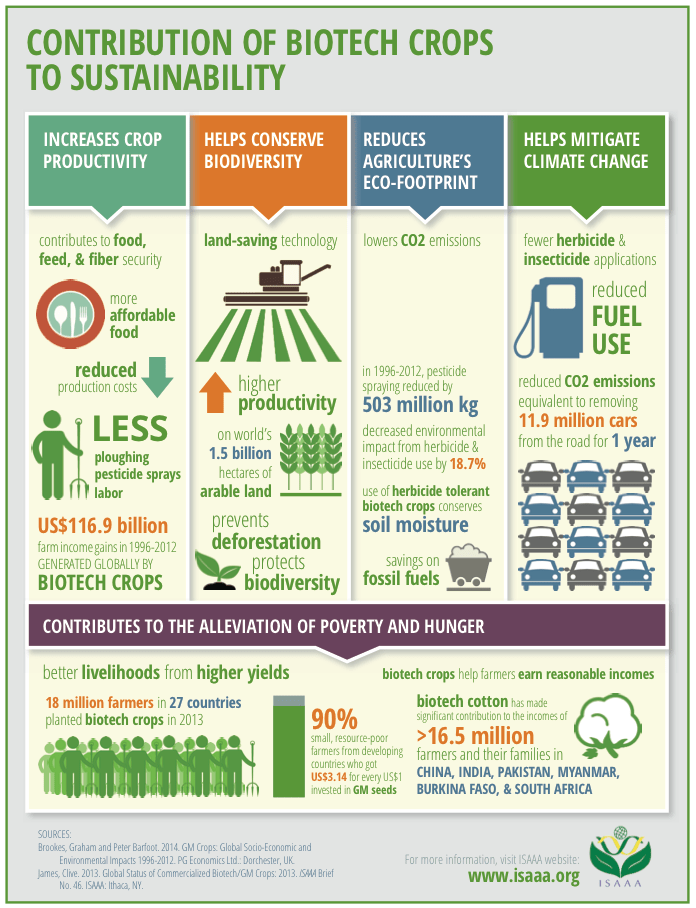 A few weeks ago we explored soil health – an important component of food production. We discussed weed conservation and tillage, as well as five fascinating soil facts from CropLife International. As follow up to this post, we asked Jillian Etress, agriculture teacher, blogger, and Alabama farmer, how soybeans impact soil health:

“From the farm business side, soybean has a positive impact on soil health because it’s a legume and fixes its own nitrogen. This has a positive impact on the farm budget as well as fertilizer output. Soybeans do not require as much nitrogen fertilizer as other crops like corn or cotton. The production of soy also increases organic matter in the soil which, in return, increases soil fertility. Because of this, soybean is a vital crop not only to the Midwest to but the Southeastern United States as well.”

How are soybeans used?

Some very popular foods are derived from soybeans, including soymilk, tofu, edamame, tempeh, soy sauce, or as a processed food ingredient like soy lecithin. However, only six (6) percent of soybeans are used directly for human consumption.  We reached out to Jillian Etress to discuss the many uses of soybeans:

“Soybeans are a useful crop for the farmer and for the consumer. From the consumer side, soybean or soy by-products are used in foods, animal feed, and the production of crayons, lubricants and even biodiesel. This is great for industry because soy products tend to be a safer alternative to other synthetic products because it is plant based and a renewable resource.”

Most soybeans grown in the U.S. are used to produce soybean meal and soybean oil, but there are many other uses for this versatile crop. North Carolina Soy explains that because soy oil creates an environmentally friendly solvent, soy is used in many industrial lubricants, solvents, and cleaners. United Soybean shares some of the ways soybeans are being used to help replace petroleum-based chemicals and known carcinogens in industrial products. For example, soy oil can be used to replace formaldehyde in many products, and even petroleum in some manufacturing processes.  Additionally, plywood, paints containing soybean oil instead of petroleum-based oils, ink, candles, carpet backing - including backing for Astroturf in football stadiums - can all be made from soybeans.

Curious if a football stadium near you uses Astroturf made with backing from soybeans? Find out here.

Can you make a car from soybeans?

Henry Ford is a well-known innovator, so it's not surprising that he was interested in alternative materials for vehicles in the early automobile era of the 1940s. Ford unveiled a "soybean car" in 1941 that had a plastic body made from soybeans (among other plant materials) and was 1,000 lbs. lighter than the average steel car.

Throughout February, we'll continue to share more details on the main commodity crops. Join us next week as we discuss cotton. If you’ll be attending the upcoming Commodity Classic in Phoenix, AZ, we invite you to stop by our booth.

Have questions about commodity crops -- what they are, how they're used, where they grow and why?  Ask us on Twitter and Facebook, and we'll do our best to answer your questions in the upcoming posts!

How round up ready soybean made?