The following is an excerpt of a study posted to the United States Department of Agriculture's Economic Research Service page showing the adoption rates of several genetically engineered crops in the United States. 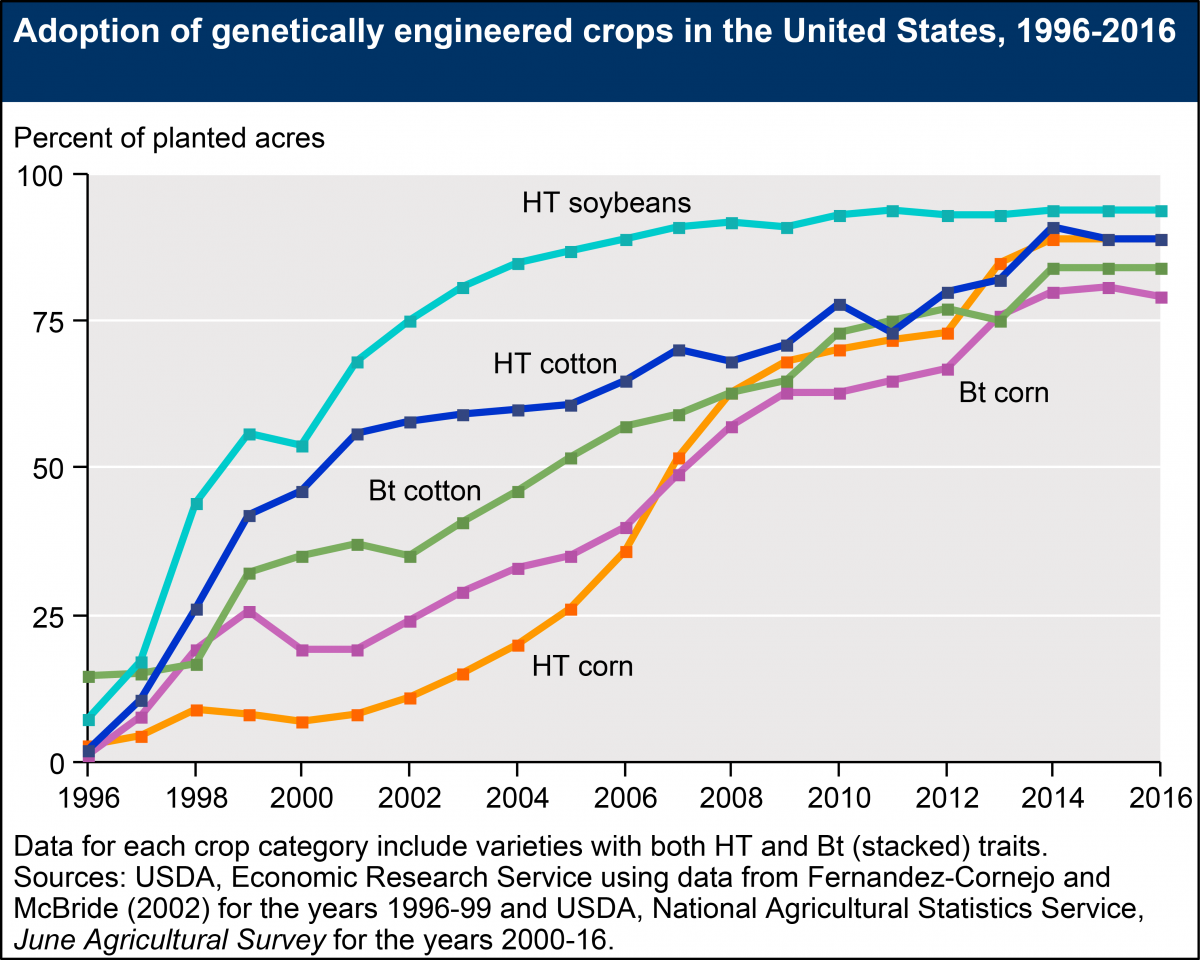 Insect-resistant crops containing the gene from the soil bacterium Bt (Bacillus thuringiensis) have been available for corn and cotton since 1996. These bacteria produce a protein that is toxic to specific insects, protecting the plant over its entire life. Plantings of Bt corn grew from about 8 percent of U.S. corn acreage in 1997 to 19 percent in 2000 and 2001, before climbing to 29 percent in 2003 and 79 percent in 2016. The increases in acreage share in recent years may be largely due to the commercial introduction of new Bt corn varieties resistant to the corn rootworm and the corn earworm, in addition to the European corn borer, which was previously the only pest targeted by Bt corn. Plantings of Bt cotton also expanded rapidly, from 15 percent of U.S. cotton acreage in 1997 to 37 percent in 2001 and 84 percent in 2014, 2015, and 2016.

Use of Bt corn will likely continue to fluctuate over time, based on expected infestation levels of European corn borer (ECB), and the corn rootworm, which are the main pests targeted by Bt corn. Similarly, adoption of Bt cotton depends on the expected infestation of Bt target pests, such as the tobacco budworm, the bollworm, and the pink bollworm. Adoption appears to have reached a plateau, as adoption has already occurred on acreage where Bt protection is needed most. Insect-resistant varieties have not been developed for soybeans.

For more details about this report, please visit the USDA website.