In 2012, a controversial study on the long-term toxicity of a Roundup herbicide and the glyphosate-tolerant genetically modified (GM) maize NK603 was published. The EC-funded G-TwYST research consortium tested the potential subchronic and chronic toxicity as well as the carcinogenicity of the glyphosate-resistant genetically modified maize NK603 by performing two 90-day feeding trials, one with GM maize inclusion rates of 11 and 33% and one with inclusion rates of up to 50%, as well as a 2-year feeding trial with inclusion rates of 11 and 33% in male and female Wistar Han RCC rats by taking into account OECD Guidelines for the testing of chemicals and EFSA recommendations on the safety testing of whole-food/feed in laboratory animals. In all three trials, the NK603 maize, untreated and treated once with Roundup during its cultivation, and the conventional counterpart were tested. Differences between each test group and the control group were evaluated. Equivalence was assessed by comparing the observed difference to differences between non-GM reference groups in previous studies. In case of significant differences, whether the effects were dose-related and/or accompanied by changes in related parameters including histopathological findings was evaluated. It is concluded that no adverse effects related to the feeding of the NK603 maize cultivated with or without Roundup for up to 2 years were observed. Based on the outcome of the subchronic and combined chronic toxicity/carcinogenicity studies, recommendations on the scientific justification and added value of long-term feeding trials in the GM plant risk assessment process are presented.

Since the mid-1990s, genetically modified (GM) crops have increasingly been grown commercially around the world, reaching a global acreage of 189.8 million hectares planted by farmers worldwide, particularly in non-EU countries, such as USA, Brazil, Argentina, Canada, and India. The four major cultivated commodity crops are soybean, maize, oilseed rape, and cotton, whilst a wide range of other GM crops, fruits, and vegetables are grown to a lesser extent. The main traits that have been introduced through genetic modification are herbicide tolerance and insect resistance (ISAAA 2017).

In many countries around the world, GM crops are only allowed onto the market after a regulatory approval or consultation procedure, which entails, amongst others, a pre-market safety assessment. To assess the safety of foods derived from GM crops, the FAO/WHO Codex Alimentarius established internationally harmonized guidelines (Codex Alimentarius 2008). Central to the safety assessment is the comparison of a given GM crop with a genetically near non-GM counterpart with a history of safe use, focusing on the differences between both, identifying both intended and unintended effects of the genetic modification. This entails, amongst others, a comprehensive analysis of the compositional characteristics of these comparators, including nutrients (e.g. amino acids, fatty acids, vitamins and minerals), anti-nutrients, toxins, and other compounds of biological relevance (e.g. phytoestrogens). Based on the differences thus identified and the information already available on the possible safety implications of such changes, it can be determined if and how the further safety assessment should be performed before reaching a conclusion. For newly expressed proteins encoded by the introduced foreign genes, the assessment may, for example, address their potential toxicity and allergenicity through the performance of a number of in silico, in vitro or in vivo tests (Codex Alimentarius 2008).

Besides the above-mentioned compositional analysis, testing of whole food products may be considered in some exceptional cases, whilst it has to be realized that foods are complex mixtures and, unlike purified chemicals, there are boundaries to the dose ranges that can be tested in experimental animals, thereby diminishing the sensitivity of such tests (Codex Alimentarius 2008). In the EU, the requirements for the risk assessment of GM food/feed are specified in detail by the Implementing Regulation No. 503/2013 (EU 2013a), which takes into account the Codex Alimentarius guideline for the conduct of food safety assessment of foods derived from GM plants (Codex Alimentarius 2008).

According to the Implementing Regulation No. 503/2013, applicants are requested to carry out an obligatory 90-day feeding study with whole food/feed for each GMO event to be marketed in the EU, although various stakeholders presented scientific arguments not unanimously supporting this requirement (see e.g. Devos et al. 2016). Depending on the outcome of previous studies, a 2-year carcinogenicity study with rats may also be requested by the European Food Safety Authority (EFSA) on a case-by-case basis. To prepare for such eventualities, EFSA was asked by the European Commission to provide supplementary guidance on key elements to be considered for a 2-year carcinogenicity trial in rats with whole food/feed. Against this backdrop and to address possible concerns after the publication of a study on the long-term toxicity of Roundup, a glyphosate-based herbicide formulation and the glyphosate-tolerant genetically modified maize NK603 (Séralini et al. 2012; EFSA 2012), the European Commission funded the 4-year research project G-TwYST (GM Plant Two Year Safety Testing) to address the following issues related to 2-year feeding trials in a stepwise approach: (1) the execution of at least one rat feeding trial with the GM maize NK603 applying EFSA protocols and recommendations, whereby the participating institutions should strictly comply with all applicable international standards and norms concerning feeding trials in close collaboration with EFSA; (2) analysis, report and provision of recommendations, in particular as to the scientific justification and added value of such long-term feeding trials with regard to GMO risk assessment.

To achieve the first objective, the G-TwYST partners performed three rat feeding studies with GM maize NK603, both untreated and treated once with Roundup® during its cultivation, as well as the untreated conventional counterpart as control:

In the present study, the results of the three above-mentioned feeding trials are described and discussed. Based on the results obtained, the conclusions and recommendations of the G-TwYST consortium on the design, conduct and analysis of rat feeding studies with whole food/feed, as well as the scientific justification and added value of long-term feeding trials for the GM plant risk assessment are presented.

Can GMOs increase the amount of antibody resistance? If so, can it be stopped? 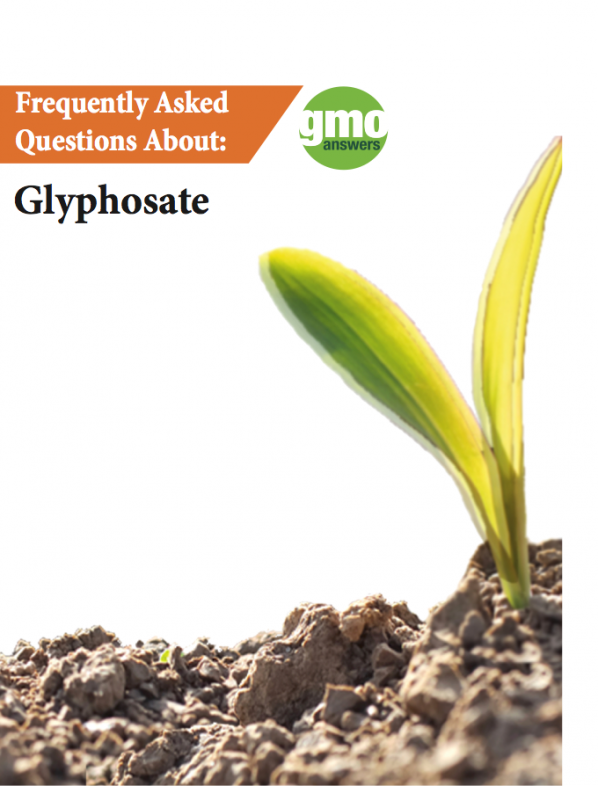 Is There a Connection Between Gluten Intolerance and RoundUp?