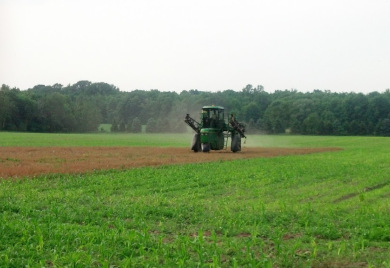 Late last Friday afternoon, a designation related to Round-Up was released that created a buzz around the world. My own mother greeted me with the news when I got home: “Did you hear that Europe now says glyphosate causes cancer?” Mom wasn’t entirely correct, though props to her for following the news.

The actual press release came from the IARC and indicated that the agency has now listed glyphosate as a 2A potential carcinogen. You can read the full report here.

The International Agency for Research on Cancer is a special agency nestled under the World Health Organization. IARC exists to conduct cancer research. In IARC’s own words:

The objective of the IARC is to promote international collaboration in cancer research. The Agency is inter-disciplinary, bringing together skills in epidemiology, laboratory sciences and biostatistics to identify the causes of cancer so that preventive measures may be adopted and the burden of disease and associated suffering reduced. A significant feature of the IARC is its expertise in coordinating research across countries and organizations; its independent role as an international organization facilitates this activity. (Source: IARC Mission Statement)

One important piece of what IARC does is determine which substances in our environment have the potential for causing cancer. IARC does not conduct any original research; it only reviews studies and research already published to determine carcinogen status. You can read a little more about how they make these type of determinations here.

Nor is IARC the only agency or organization in the world that conducts such reviews and classifies carcinogens. Most advanced countries have similar bodies. What should be mentioned is the contrasting process that IARC employed to make their determination. IARC’s review of glyphosate came after just a week of the agency looking at available data about glyphosate and several other chemicals. On the other hand, reviews of glyphosate by regulating bodies in the United States, Canada, Germany, and other parts of the world take up to 5 years.

What is a carcinogen and what does the classification mean?

Carcinogens are things that cause cancer. As the American Cancer Society explains, there are four levels for classification according to IARC’s system. They look like this:

But before you get worried by IARC’s classification, the American Cancer Society puts this process into perspective:

Even if a substance or exposure is known or suspected to cause cancer, this does not necessarily mean that it can or should be avoided at all costs. For example, estrogen is a known carcinogen that occurs naturally in the body. Also, exposure to ionizing radiation is known to cause cancer, with increased risks even at low levels of exposure. Yet there is no way to completely prevent exposure to natural sources of radiation such as cosmic radiation from the sun or radon in soil. These lists also include many commonly used medicines, particularly some hormones and drugs used to treat cancer. For example, tamoxifen increases the risk of certain kinds of uterine cancer but can be very useful in treating some breast cancers, which may be more important for some women.

In other words: calm down. We have to put risk and the potential for negative consequences into perspective. There are things that we encounter in our environment that may be considered carcinogenic that we either cannot avoid or the benefits outweigh the risk.

So, besides glyphosate, what other things are included in that classification? The following things have also been included in the 2A classification: manufacturing glass, burning wood, emissions from high temperature frying, and work exposure as a hairdresser.

But what’s even more  revealing are the things that have been classified in Group 1, things that do cause cancer: drinking alcohol, formaldehyde, radon, solar radiation, wood dust, and estrogen. So these are things that will cause cancer, while glyphosate (according to IARC) might cause cancer.

What did IARC find out about glyphosate?

In short, nothing new.

No, seriously. IARC does not conduct their own research. Just as most other regulating bodies, they simply look at the data already available and reach their conclusion. Unfortunately, it seems as though IARC seemed to only consider studies that supported its eventual conclusion.

Remember – the dose makes the poison. If you ingest enough of any substance, including water, it has the potential to kill you. When it comes to glyphosate this is even more relevant, because IARC’s conclusions only apply to exposure high enough to meet industrial uses.

As one of the scienists behind IARC’s classification stated:

I don’t think home use is the issue,” said Kate Guyton of IARC. “It’s agricultural use that will have the biggest impact. For the moment, it’s just something for people to be conscious of.

In other words, the people that need to be wary of exposure are the applicators, the people actually applying the herbicide. But applicators have their own set of standards and regulations that they have to meet to become certified to handle these products, so they are well aware of how to safely handle Round-Up.

What do others say about it?

The reaction from scientists around the globe has been pretty much the same – a bunch of noise about pretty much nothing. While it would be impossible for me to quote everyone who has chimed in on this topic, allow me to highlight a few statements that should put this into perspective.

The IARC conclusions published in Lancet Oncology contradict the world’s most robust and stringent regulatory systems – namely the European Union and the United States – in which crop protection products have undergone extensive reviews based on multi-year testing and in which active ingredients such as glyphosate and malathion been found not to present a carcinogenic risk to humans.”

“From the summary conclusions it appears that IARC has made its conclusions as a result of an incomplete data review that has omitted key evidence.

Aside from IARC, other regulatory agencies, including the EPA, do routine reviews of all pesticides registered for use. Remember, under federal legislation here in the United States, all pesticides are regulated by the EPA and have to meet agency approval before they can be used commercially. One aspect of that approval is review of the product after so many years. This is a common requirement in regulating agencies.

In fact, the German Risk Agency is currently reviewing the use of glyphosate in Europe. The German’s evaluation has been underway since 2012. That agency has looked at all of the same data and research as IARC and has come to the following conclusions in its draft report:

“In conclusion of this re-evaluation process of the active substance glyphosate by BfR the available data do not show carcinogenic or mutagenic properties of glyphosate nor that glyphosate is toxic to fertility, reproduction or embryonal/fetal development in laboratory animals.”

“In epidemiological studies in humans, there was no evidence of carcinogenicity and there were no effects on fertility, reproduction and development of neurotoxicity that might be attributed to glyphosate.” (Source:Forbes)

So, the German review of glyphosate does not classify it as a carcinogen. Aside from IARC, that conclusion has been consistent across many regulatory agencies and scientific studies. (As Henry I. Miller demonstrated in his article on Forbes, there are scientific studies which show no link between glyphosate and cancer, that IARC seemed to ignore. You can find those here and here.)

The EPA has also concluded:

In the Agricultural Health Study, which was a study on human beings working as applicators, scientists concluded there was no link, although there was an “association” with multiple myeloma incidences (mutliple myeloma is a very rare and treatable condition, as explained here by the Mayo Clinic). Otherwise, the study concluded: “Glyphosate exposure was not associated with cancer incidence overall or with most of the cancer subtypes we studied.”

The odd thing about IARC’s determination is that it seemed to completely disregard the overwhelming amount of studies that have been done on glyphosate and, instead, focused on just 3. In fact, one the studies done was shaky, at best, and didn’t seem to control for other factors. Furthermore, the agency has taken a stance contrary to every other regulating body in the world.

Does this mean GMOs cause cancer?

Let’s be very clear about one thing there – this is not about the safety of genetically modified crops, it is only about glyphosate. The reason people get this confused is because, currently, the most common types of GMOs are those that are resistant to Round-Up. That is, when sprayed with glyphosate (the active ingredient in Round-Up), the plants are able to survive. I’ve explained before how that works by changing some enzymes in the plants.

But even though the plants are resistant to glyphosate does not change whether or not they’re safe. We still have lots and lots of studies saying that we don’t need to worry. The bottom line is that this classification means nothing regarding the safety of genetically engineered crops.

Let’s also not forget that the World Health Organization (WHO), has made the following conclusion regarding the safety of GMOs:

GM foods currently available on the international market have passed safety assessments and are not likely to present risks for human health. In addition, no effects on human health have been shown as a result of the consumption of such foods by the general population in the countries where they have been approved.

Remember, IARC is an agency within WHO. There has been no indication that WHO plans to change their stance on GMOs.

What’s the effect of this?

For the sake of argument, let’s just assume that this new classification is true. Even then, quite frankly, unless you’re someone that applies glyphosate on a larger scale, there probably isn’t an effect on you. As for farmers, federal legislation carefully regulates how farmers may apply glyphosate (and all other chemicals, for that matter). Personal protection equipment is part of that assessment and must be worn. Most farmers are also protected from exposure because they use cab tractors while applying Round-Up and other safety precautions.

While I have no doubt that anti-GMO activists will try to turn this into a huge deal, and many already have, it is not something that average consumers need to be worried about. 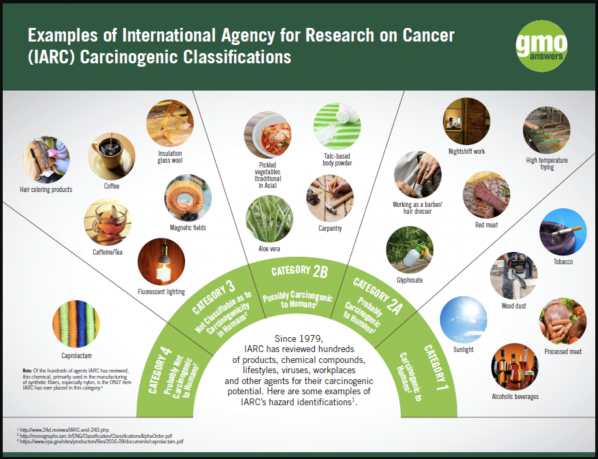 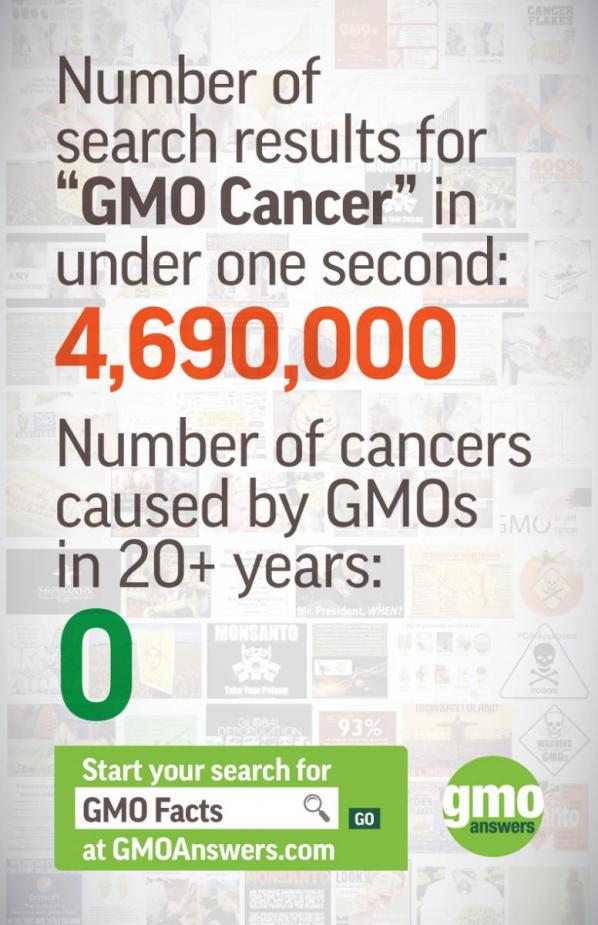 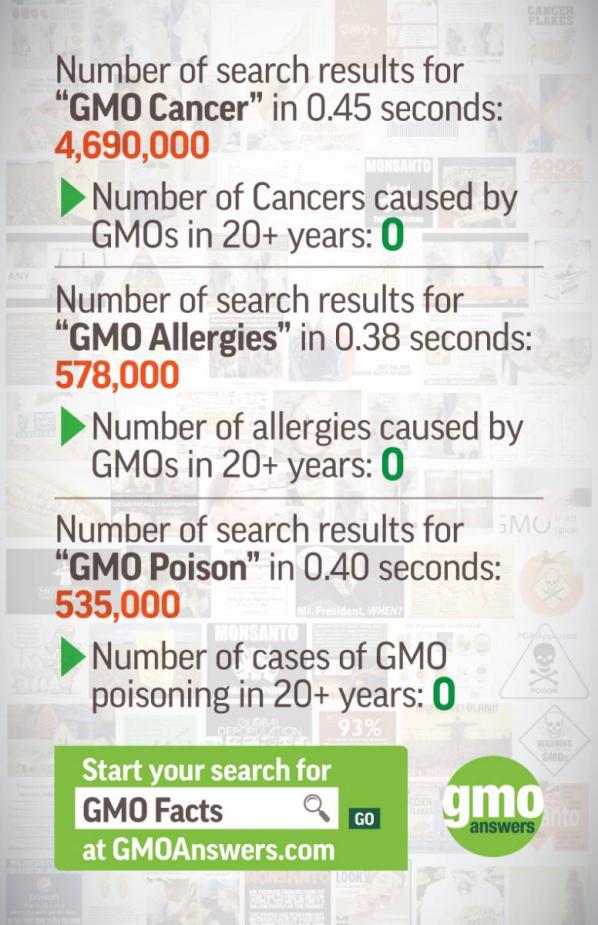 Everything You Need to Know About GMO Potatoes