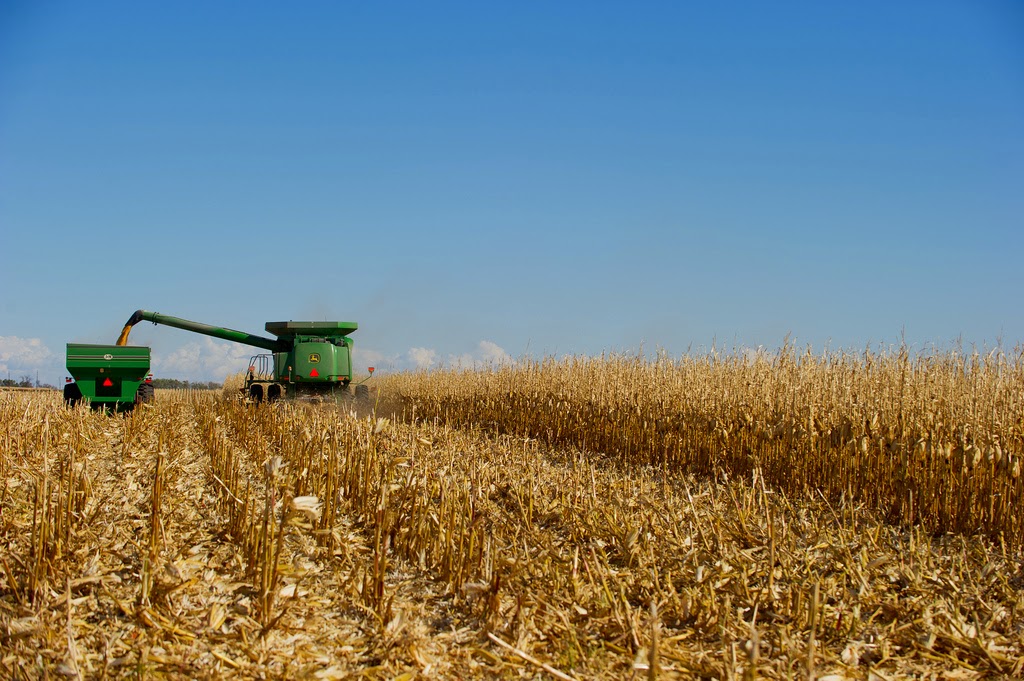 Do GMO crops "foster monoculture?" This is a frequent criticism of modern agriculture. I have three with problems it:

The Corn Belt of the Midwestern US, is a multi-million acre farming region almost entirely dominated by just two crops - corn and soybeans. This phenomenon is often termed "monoculture," but monoculture is merely the practical approach of growing a single crop in a given field. The opposite of monoculture is "polyculture" and it is entirely impractical for even minimally mechanized farming.

The Corn Belt is more accurately described as an example of a "limited crop rotation." The typical pattern is an alternation between corn and soybeans in each field. There are also some fields where the growers plant continuous corn or continuous soybeans. There are many reasons that a more "diverse crop rotation" could be a good idea. Mixing up crop types over time can help build soil quality because of different rooting patterns or residue characteristics. Some plant pests can be more easily managed if their life cycles are disrupted by cropping changes. All of this is well known, but for a variety of reasons that I'll discuss below, the less diverse rotation persists.

Corn and soybeans happen to be crops which involve widespread use of biotech crop options, but there are many other farming areas with a narrow crop rotation where "GMO" options have never been available. There are areas in Northern Europe where "continuous wheat" is the norm and many premium wine regions where essentially only grapes are grown. If farmers somewhere are not using a diverse crop rotation - there is a rational explanation involving history, economics, and risk management.

The Heart of the Corn Belt 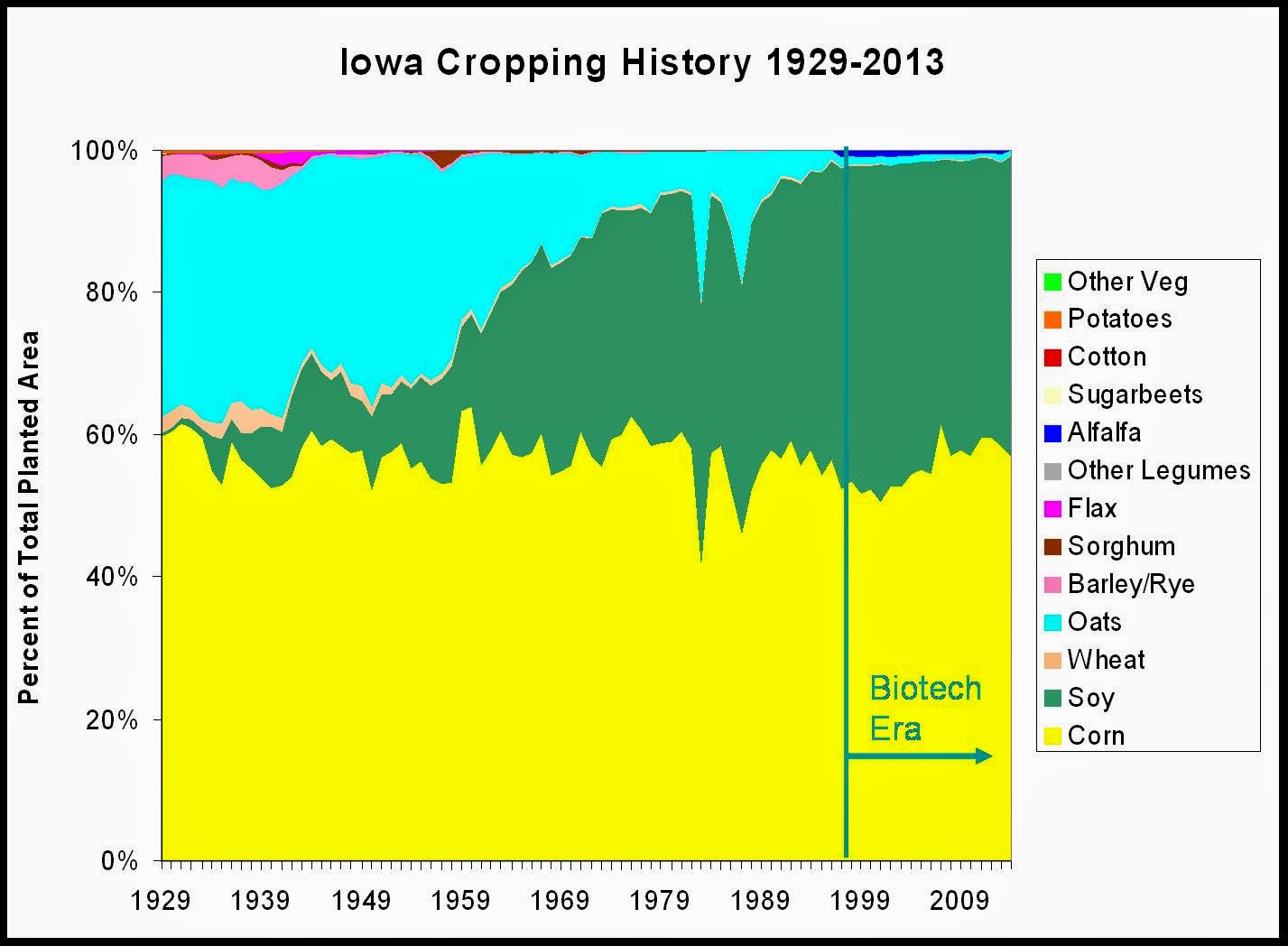 Let's start by looking at Iowa, which sits in the very heart of the "Corn Belt." As you can see from the graph to the left, corn has been the dominant Iowa crop for a very long time, because Iowa is just about the ideal place to grow that crop. Most farmland in that part of the Midwest is "rain-fed" rather than irrigated. The amount of rain that typically falls in Iowa is sufficient to produce a good corn crop without limiting yield by the number of cloudy days.

The growing season is long enough and warm enough, but usually does not involve the yield-limiting heat that is typical further south. Corn is heavily planted because it typically returns the highest net profit with the least risk. The income potential from corn is what drives the cost of land for purchase or rent. As the farming population shrank and farm size increased over the last century, the remaining growers have expanded somewhat through land purchases, and more commonly through rentals. For a farmer to keep up with a mortgage or lease typically requires growing a lot of corn. 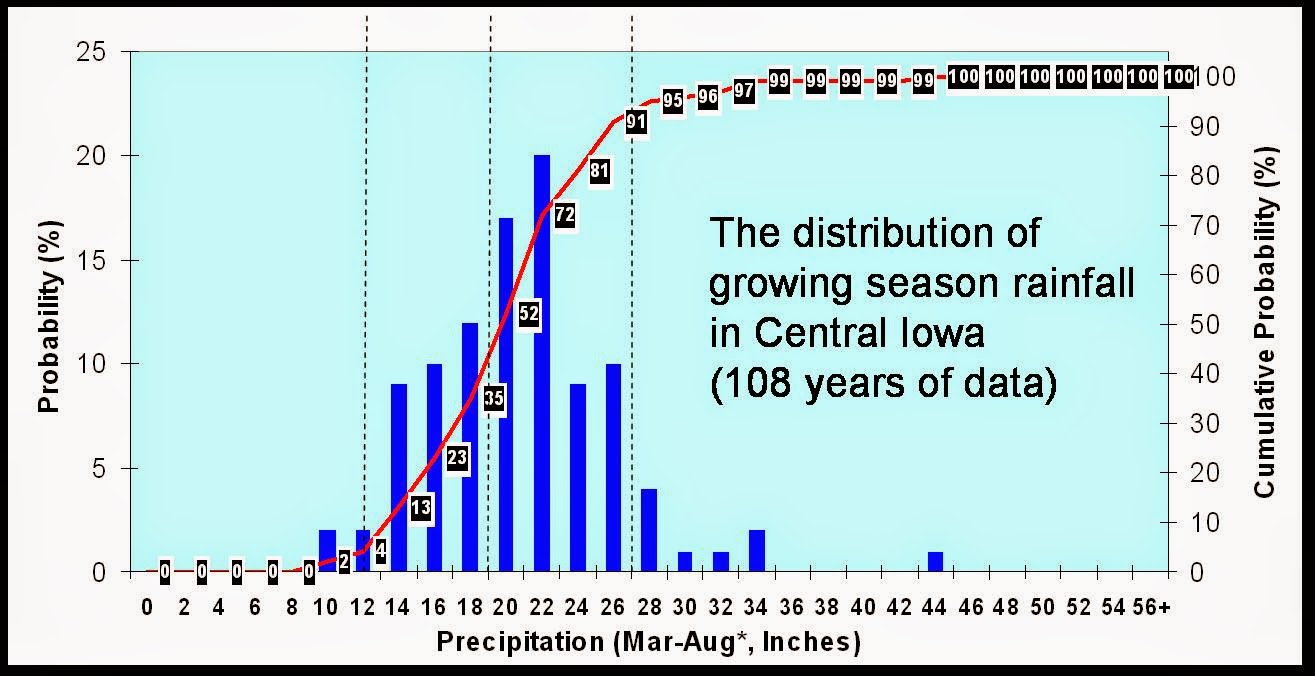 The rainfall in Central Iowa is usually "just right" for corn.

Back in the 1930s, the main crop that was rotated with corn was oats - ironically much of that to be used as a "transportation biofuel" for horses. Starting in the 1940s, soybeans began to evolve into the favored rotational crop - mostly as an animal feed with a co-product of oil for human consumption. Soybeans have much lower yield than corn, but they are able to generate their own nitrogen fertilizer (with microbial help) and don't require many other inputs. Thus, soy has also been a reliable way to generate enough profit to cover land and operating costs. All other crops have only ever had niche status in Iowa. When biotech crops arrived they were simply sold into that pre-existing market. 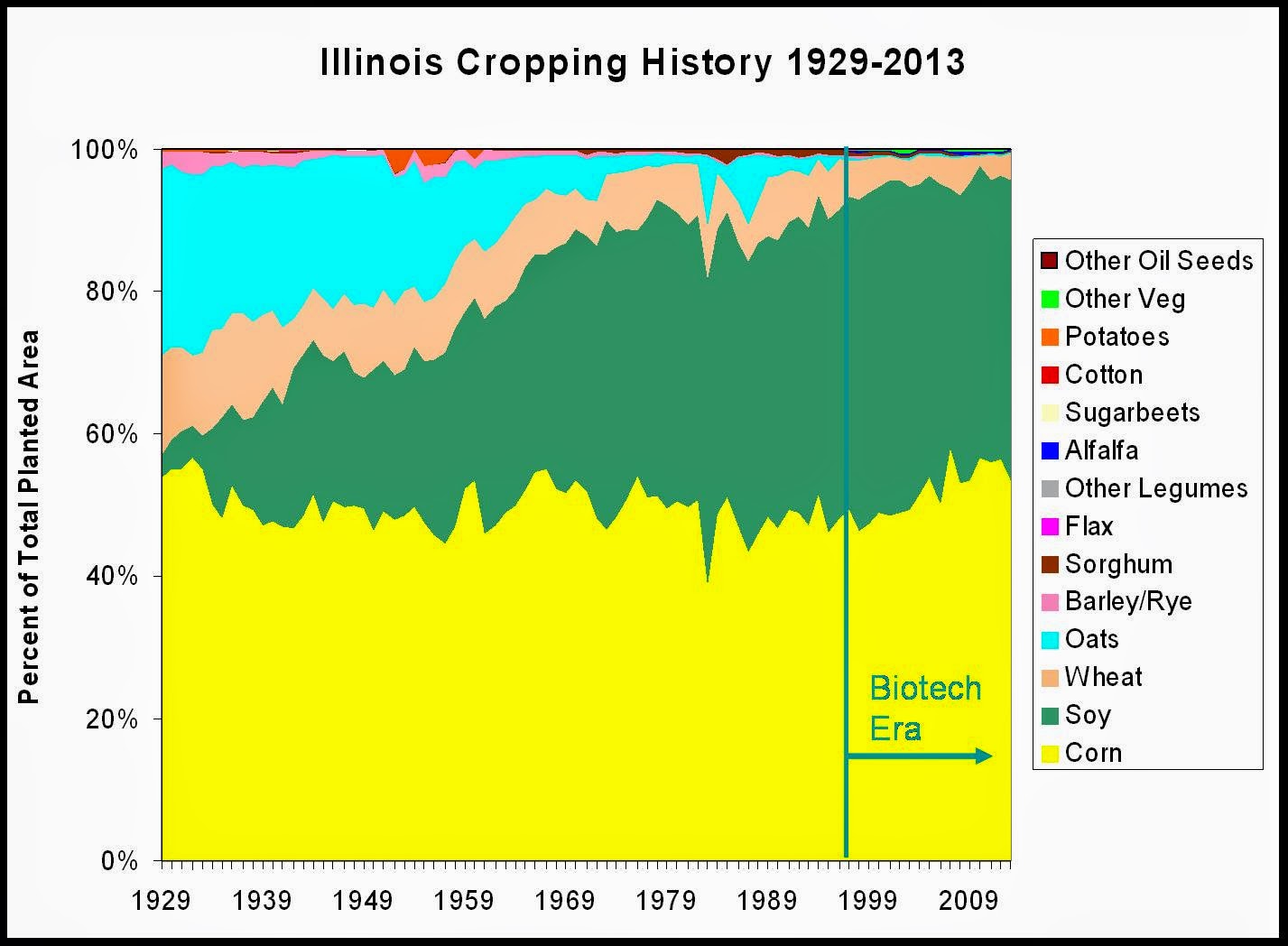 Illinois and Indiana have also been mostly two crop states ever since soybeans filled in for declining oat demand in the 50s and 60s. There has always been a small, but significant wheat sector in both of these states, part of a "double cropping" system in which corn is followed by winter wheat and then soy, producing three cash crop harvests in two years. Indiana now has a small alfalfa segment - a case of crop diversification "fostered by a GMO crop." 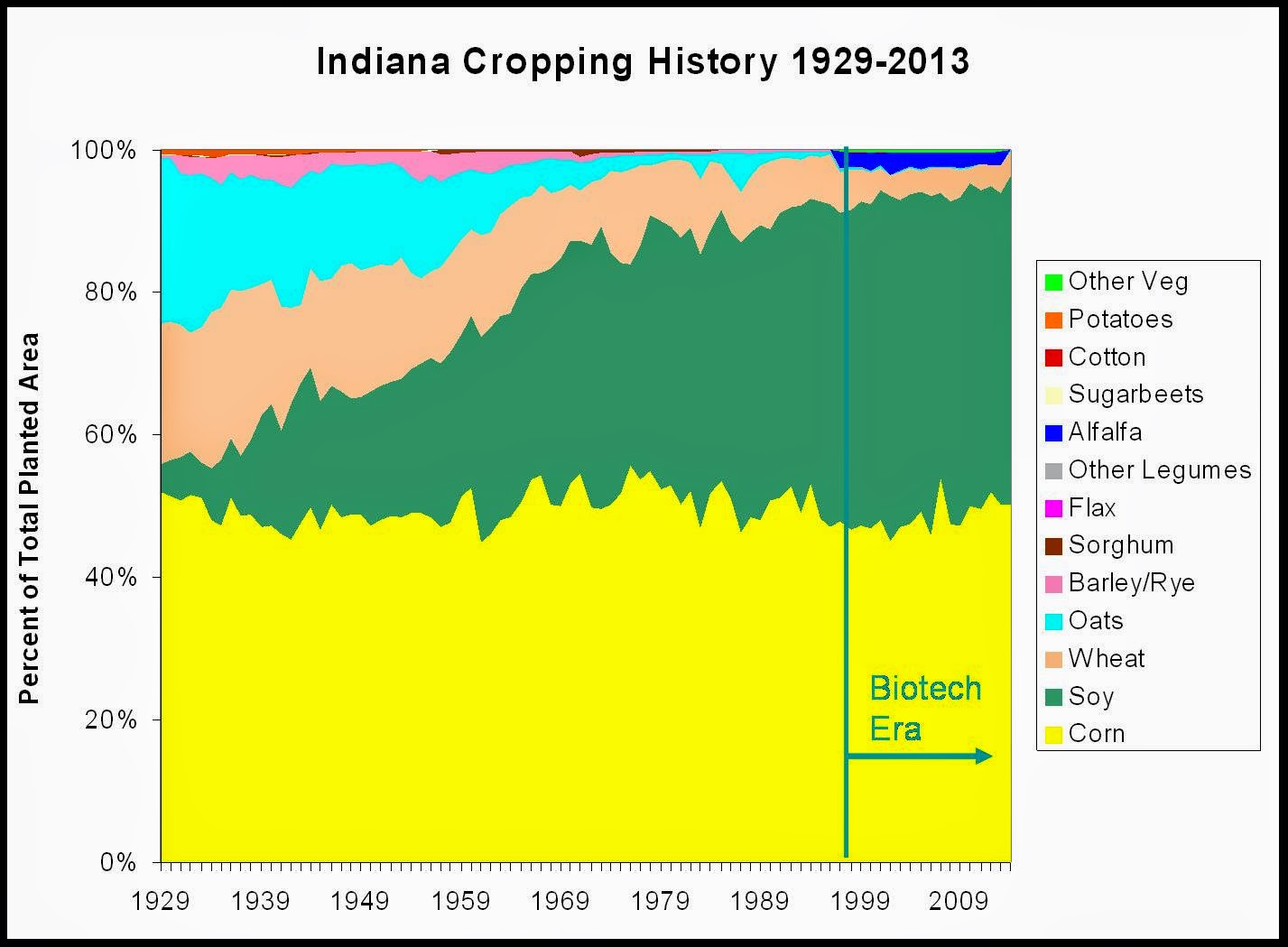 The Northern Edge of the Corn Belt - Minnesota and North Dakota 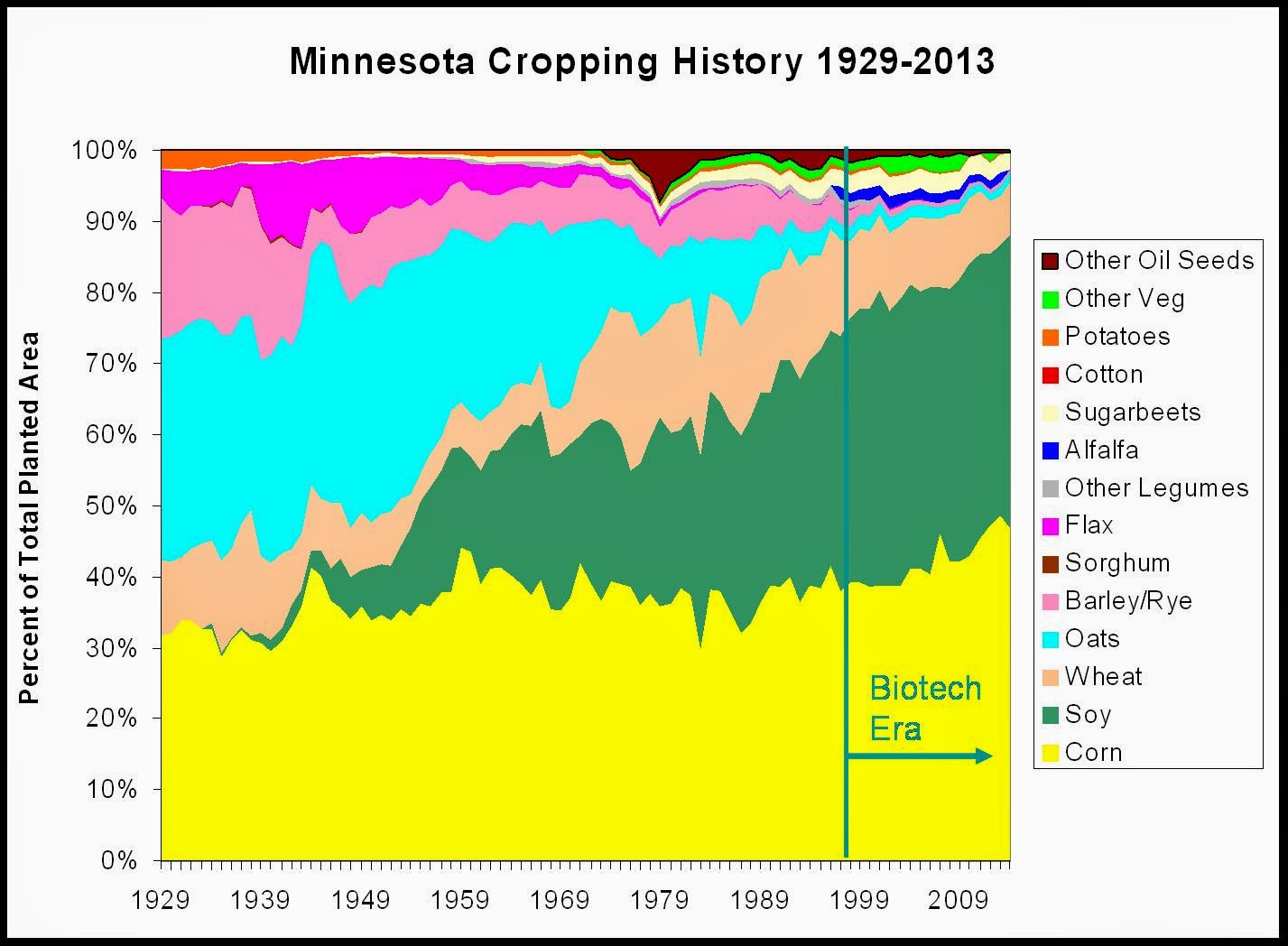 Minnesota had a more diverse agriculture than its neighbors to the south, but like them, it replaced oats with soybeans long before the biotech era. The expansion of soybeans has continued in the biotech era, partially because of the attractiveness of Roundup Ready Soy, but also because cultivars better adapted to colder springs have also been introduced through conventional breeding. Barley, rye and flax have declined in the biotech era as has wheat to some degree. 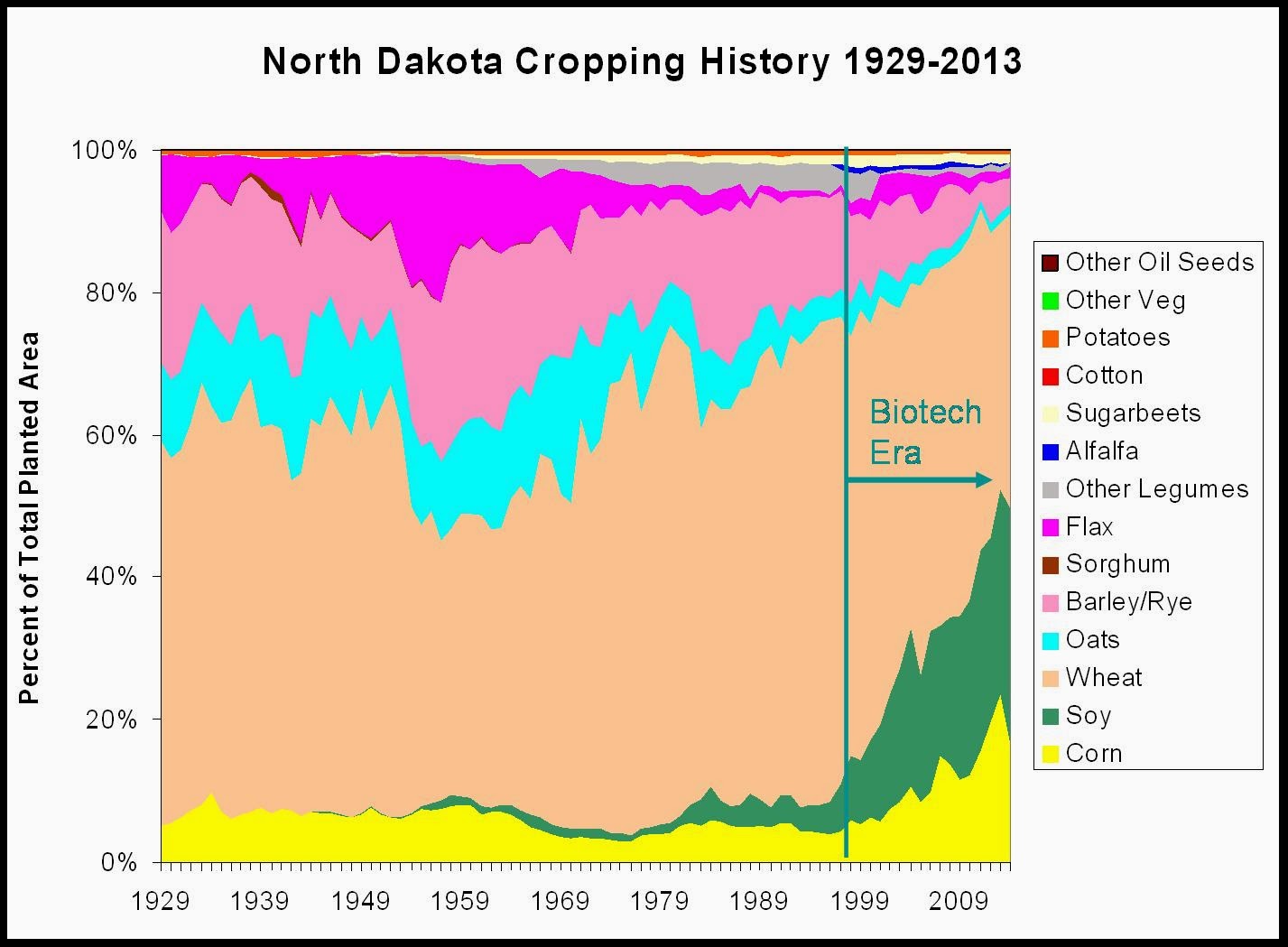 The recent decline of wheat is even more pronounced in North Dakota as it went from approximately 50% of all plantings to about 30%. As in Minnesota, the rapid increase in soybeans came from a combination of more cold tolerant lines and the herbicide tolerance trait. Corn plant-ings have also increased in the biotech era. For both crops the expansion is mostly in the wetter Red River Valley portion of the state. The expansion of corn and soy at the expense of cereals like wheat, barley and rye may seem like a case where biotech is reducing rotational diversity, but the story is a bit more complex.

There is a disease of wheat and barley called Fusarium Head Blight, which has been an increasing issue in all five of these states since the 1980s (and again in 2014). Corn, and particularly the crop residue in no-till corn, serves as a source of spores which can then infect the wheat or barley during their bloom period. Head blight is difficult to control and it can lead to significant yield losses. Infection can also lead to contamination of the grain with a mycotoxin called DON- or more colorfully, "vomitoxin." Throughout the Midwest, wheat does not tend to have as much profit potential as corn or soy even in good years, but the risk of severe yield or quality loss from Head Blight is really what makes wheat much less attractive. Biotech had the potential to help wheat keep a place in the Corn Belt rotation, but that solution was thwarted by anti-GMO campaigning.

There was a "GMO wheat" in advanced development around 2002 which was much more resistant to Fusarium Head Scab. This product had the potential to reduce the risk of growing wheat, both in the historic wheat growing states like ND and MN, but also in the "I States." Unfortunately, the trait was never commercialized. Major wheat importing companies in Europe and Japan put pressure on the US and Canadian wheat grower organizations, threatening to boycott all North American wheat if any biotech wheat was commercialized. This was not because of any safety concern, but rather the fact that food companies in those countries didn't want to have to label wheat-based products as "GMO." Reluctantly the growers asked Syngenta to stop the development of their disease resistant wheat. Ironically, this is a case where a GMO opposition "fostered monoculture," when biotechnology could have enhanced rotational diversity. The wheat growers of the US, Canada and Australia have pledged to do a simultaneous release of biotech wheat in the future so that they can avoid this sort of extra-regulatory blockage. 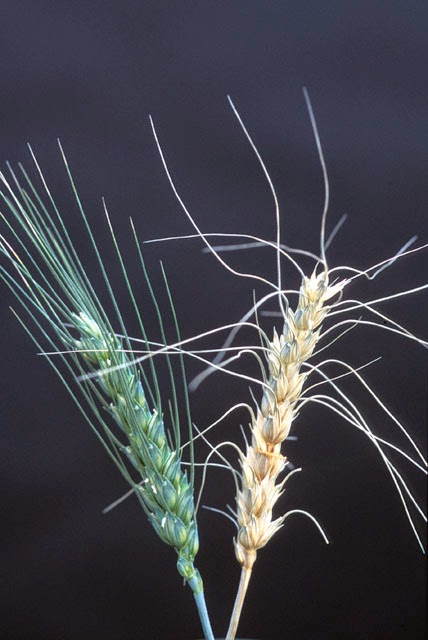 How Could The Corn Belt Rotation Be Diversified?

First of all, the corn/soy rotation in the corn belt is a highly successful production system. It also includes enough genetic diversity within those species to continue to perform. That said, some additional diversity would be a good thing. Scab-resistant wheat would both reduce risk and increase private investment in that very important and highly traded crop while simultaneously diversifying the rotation. Another excellent way to get the soil quality benefits of rotation is to add a winter cover crop (see Midwest Cover Crops Council). It is actually best for the soil to have something growing as much of the year as possible, and cover crops can also include a legume to make nitrogen for the next season or a grass to scavenge any excess fertilizer when that is an issue.

Probably the best way to facilitate more rotational diversity would be through education of the absentee landlord community. Much of the land in the Midwest is held in trusts for the families who have long since migrated to the cities. Typically all they do is collect the rent checks through a farm management company. If those families could be educated about sustainable cropping practices, they might be willing to engage in re-designed leases designed around medium to long-term economics rather than the typical annual, cash lease. What is needed is a way to give the grower/renters the incentive to implement the practices that might not optimize income for each year, but which lead to improved soil quality over time which in turn leads to higher income potential and more protection from drought (e.g. no-till, cover cropping, controlled wheel traffic and more diverse rotations). The very real benefits of such a system would flow to the land-owner - increasing the value of the asset. It would be far more constructive to find creative ways to share that value between farmers and landowners rather than to worry about "monocultures."