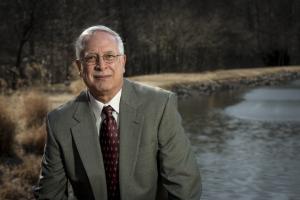 Driessen’s book, Eco-Imperialism: Green Power - Black Death, documents the harm that restrictive environmental policies often have on poor people, especially in developing countries, by restricting their access to life-enhancing modern technologies. It is in its second US printing and has also been published in Argentina (Spanish), India (English), Germany (German) and Italy (Italian).

He was editor for Energy Keepers - Energy Killers: The new civil rights battle, by CORE national chairman Roy Innis; Rules for Corporate Warriors: How to fight and survive attack group shakedowns, by Nick Nichols; and Creatures, Corals and Colors in North American Seas, by Ann Scarborough-Bull. His report, Responsible Progress in the Andes, examined ways that modern mining operations can bring jobs, infrastructure, and improved safety and pollution control practices to poor communities.

Driessen’s studies and analyses have also appeared in Conserving the Environment (Doug Dupler, editor), Resurgent Diseases (Karen Miller, Editor) and Malnutrition (Margaret Haerens, editor), all part of the Thomson-Gale “Opposing Viewpoints” Series that is used in many high schools and colleges; Redefining Sovereignty: Will liberal democracies continue to determine their own laws and public policies, or yield these rights to transnational entities in search of universal order and justice? (Orin Judd, editor); and other publications. He played a lead role in the “Kill Malarial Mosquitoes Now” campaign, an international effort that restored the use of DDT to African and other malaria control programs, and served as an advisor to the film “3 Billion and Counting,” examining how environmentalist and EPA campaign against DDT had devastating impacts on families in poor developing countries.

Paul received his BA in geology and field ecology from Lawrence University and a JD from the University of Denver College of Law, before embarking on a career that also included tenures with the United States Senate, U.S. Department of the Interior and an energy trade association.

He has produced documentary films about the Vietnam Veterans Memorial, immigration through Ellis Island, and marine habitats beneath offshore oil production platforms. Driessen is also a frequent guest on radio talk shows and college campuses, and at business and public policy forums. He participates in energy, health and environmental conferences, and was active in the Public Relations Society of America, where he served as Washington, DC chapter newsletter editor and in the Social Responsibility Section.

Showing 3 out of 3 results

Q: Why is it killing bees?

A: The scientific community recognizes that bee health is a very complex issue. In fact, a report from the proceedings of the U.S. National Academy of Sciences indicated that bees may be dying not from a single toxin or disease, but rather from a variety of factors that include introduced pests and parasites, microbial diseases, inadequate diet and loss of genetic diversity. In its assessment of neonicotinoid insecticides, the Environmental Protection Agency stated that it “is not aware of any data indicating that honey bee declines or the incidence of CCD [colony collapse disorder] in the U.S. i [...]

Q: If GMO is so safe why are hundreds of thousands bees dying? I'm pretty sure Monsanto and the rest are aware of this.

A: In the mid- to late 2000s an increasing number of commercial beekeepers began noticing significant reductions in the number of honeybees in their hives.  Since the problem, known as colony collapse disorder (CCD), was first reported to the USDA in 2006, the annual loss of bee colonies in the United States. has averaged 33 percent.  This is a serious problem for agriculture, because the USDA estimates that one out of every three mouthfuls in our diet directly or indirectly benefits from honeybee pollination. Monsanto and all other companies involved in food production are acutely awa [...]

Q: There has been lots of circulation on the internet about Bayer and Syngenta producing a seed treatment that kills honey bees. There is a request to sign a petition banning the treatment. What is the scientific basis for the issue?

A: The seed treatment involves coating seeds with a new kind of insecticide called neonicotinoids, so that the chemicals become part of the plant’s physiology – and only affect insects that feed on the crops. (Generalized spraying with pesticides – or with live Bt bacteria, which some organic food growers use to protect their crops – can affect many more insects than the targeted pests.) Contrary to what the petition suggests or what you may have read elsewhere, extensive research has shown that neonicotinoids do not appear to be responsible for “colony collapse disorder” (CCD) or long-term colo [...]