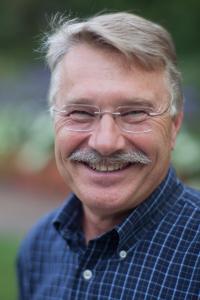 Dirk is currently Head of Seeds Product Selection in Syngenta R&D. He has had numerous positions in a number of companies in the seed industry including sales management, international marketing, corn breeder, breeding management and development manager for biotech projects. He joined Syngenta as a Project Leader in 1996. He holds BS and Ph.D. degrees from Cornell University.

Showing 3 out of 3 results

Q: Can GMOs only be made by large companies with a lot of money and equipment?

A: Many small companies and universities can and do create GMOs. The process to create GMOs is well understood and straightforward. However, few have developed commercial GMOs. The challenge is that the expense and expertise necessary for global regulatory approval can be prohibitive (published papers estimate costs to develop and secure regulatory approval for a GMO to be approximately $150 million and up). A large portion of costs is devoted to the safety and environmental studies that are submitted as part of the regulatory dossiers that must be presented to government agencies. These studies [...]

Q: I was told at a farmers market that GMO corn is now only used for animal consumption and not for human consumption. he said corn bought at supermarkets is not GMO. Is this true?

A: There are two main types of corn grown in the United States: field corn and sweet corn. Field corn is harvested after the corn kernels are dry in the field, and is used for a variety of purposes, including livestock and animal feed. The type of corn that you purchase in the grocery store is sweet corn. Both field and sweet corn can be GM or non-GM varieties. Therefore, the corn in your local produce aisle could be GM corn. In this article, Noah Hultgren with the Minnesota Corn Growers Association explains the difference between field and sweet corn, and explains, “When most people thin [...]

Q: what are the genes in genetically modified corn

A: Corn contains about 50,000 genes, and through conventional breeding, corn breeders have created combinations of these genes to produce a crop that is highly useful within agricultural systems.  The tools of genetic engineering have enabled the addition of specific genes for new specific traits that cannot easily be developed through conventional breeding, such as season-long protection from feeding by insect pests and high levels of tolerance to specific herbicides.  For example, insecticidal proteins, such as Cry1F and Cry34/35Ab1, have been added using genes from the common soil ba [...]

A: This is a good question and first, I would like to state that not all of the corn seed developed by Monsanto contains an inserted gene as some farmers prefer to plant conventional corn hybrids, and we continue to develop those seeds and make them available.  The ability to add specific beneficial genes to corn has enabled the use of additional tools to protect yield.  The type of genes that are added to genetically modified corn generally fall under three categories: herbicide tolerance, insect protection and drought stress protection.      Farmers have [...]