Do GMOs Cause Allergies?

No, GMOs do not cause allergies. Lisa Katic, a Registered Dietitian and President of K Consulting, explains that, “No commercially available crops contain allergens that have been created by genetically engineering a seed or plant. And the rigorous testing process ensures that that will never happen.”

She also notes, “food allergies are mainly caused by eight major foods (milk, eggs, peanuts, tree nuts, soy, wheat, fish and shellfish) and account for about 90% of reported food allergies in the United States. First, it is important to note that only one of these eight major allergens listed above is a potential product of biotechnology – soy. Of the remaining seven allergens listed, none is commercially available in genetically modified varieties.”

So they don’t cause allergies themselves, but are GMOs causing an increase in allergies?

Unless a specific crop is modified to have enhanced nutritional content, food from GMO crops has the same nutritional value as food from non-GMO crops and is digested in the body in the exact same way. Available foods from GMO crops are as safe as foods from conventional crops and the introduced protein(s) are tested to avoid introducing an allergen. Since 1996, when GMO crops have been commercially available in the United States, there has not been a single documented instance of harm to human health resulting from genetic modification, including allergic reactions.

Contrary to the belief that GMOs cause allergies, researchers, academics, and companies are working on new GMOs that have the potential to help people with food allergies or food sensitivity. For example, a gluten-free wheat that is digestible by patients with celiac disease is currently being researched. In the future we could discover more GMO opportunities that could remedy food allergies and allow some of us to eat the things our taste buds love, but the rest of our body does not.

How are GMOs tested for allergies?

Before a GMO is created, the desired trait is screened and tested against all known human allergies to confirm that it does not introduce a new allergen. Check out this infographic to learn how researchers review over 1,950 genes to ensure quality and safety. 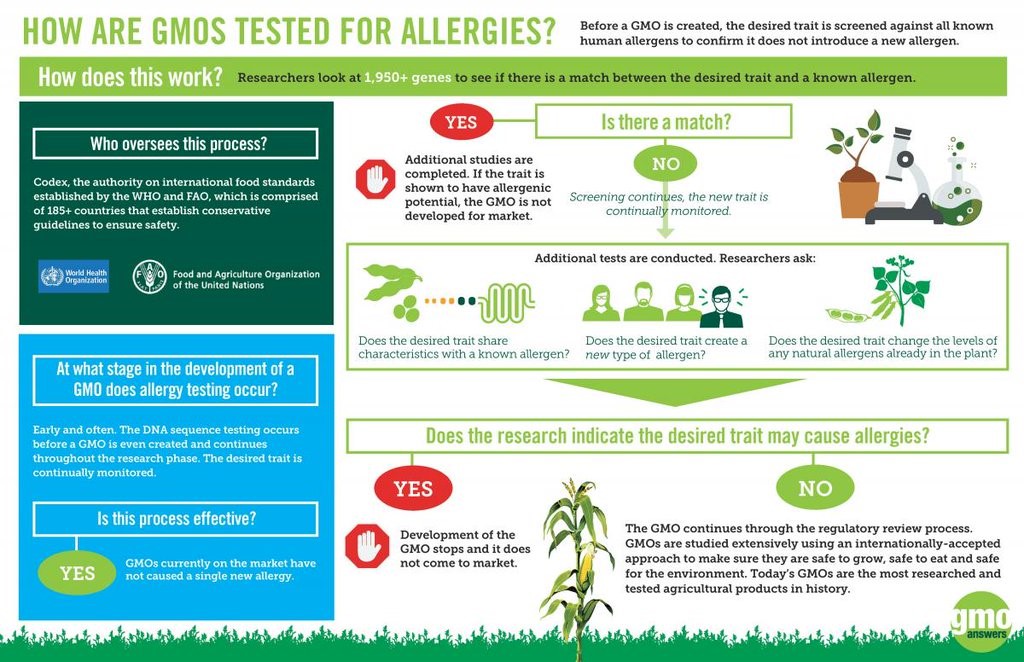 GMOs do not cause allergies and are not associated with any increase in allergies. 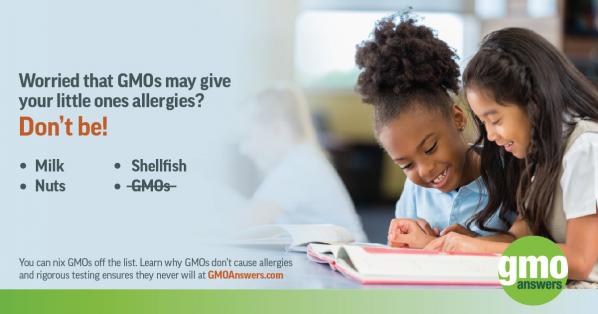 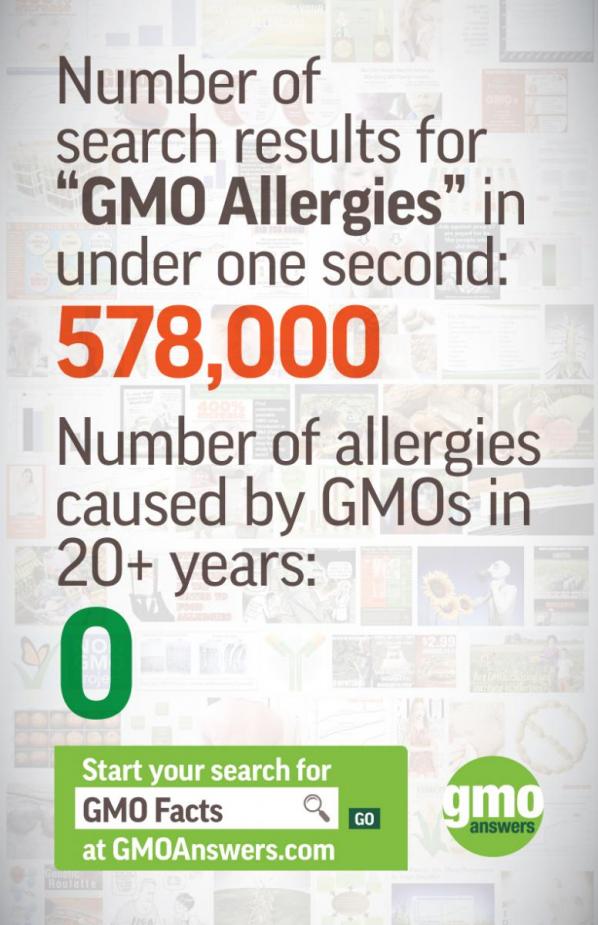