The Costs of GMO Labeling

There has been much discussion of whether or not the labeling of "GMO" foods would add to the cost of food production. This was one of the supporting arguments for GMO labeling at the legislative hearing at the Maryland House of Delegates Committee on Health and Government Operations, during which Doug Gurian-Sherman, of the Union of Concerned Scientists, and Michael Hansen, of the Center for Food Safety, both insisted that labeling costs would be minor at best.

So does Mother Jones.

Wow, do these scientists and journalists have any understanding of the food supply chain from farm gate to grocery shelf?

Apparently not, nor does anyone else who thinks that "GMO" labeling won't increase the cost of food.

Here is my pictorial analysis of the food supply chain from my farm gate: 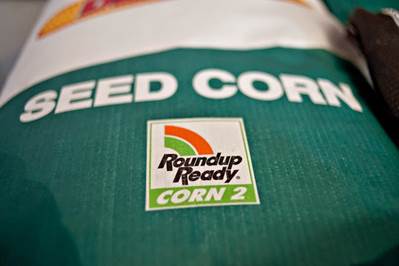 Seed corn is ordered and delivered to the farm, then planted in the spring, around May. 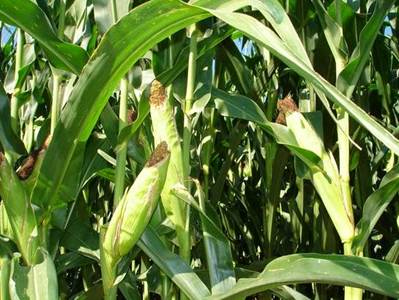 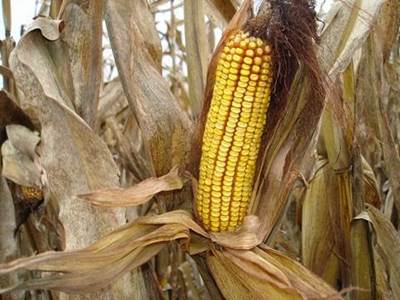 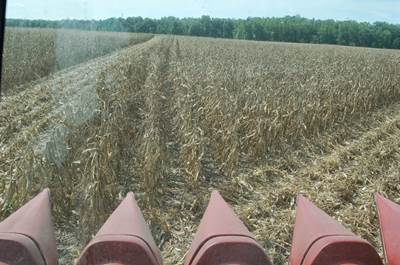 It gets harvested between September and November. 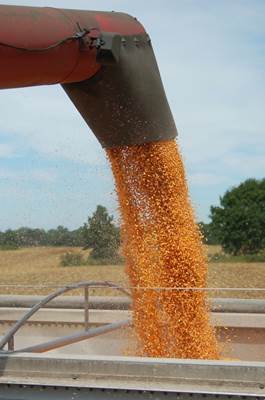 Corn is transferred from the combine to a tractor-trailer truck. 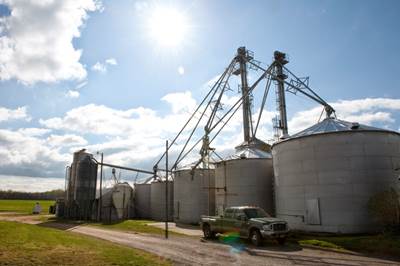 The grain is hauled to our on-farm grain bins, for storage.  We have storage for about 50,000 bushels, less than 25 percent of our total yeields in a normal year for corn, soybeans, wheat and barley, all of which must be stored until our customers need them. This includes the specialty seeds we grow that require segregation from commodity grains. 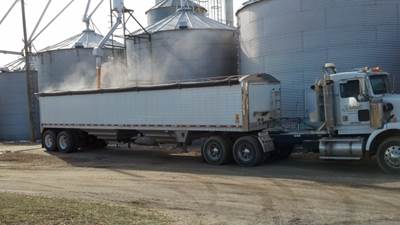 When it's time to sell, we reload the trucks and haul the grain to the local grain elevators. 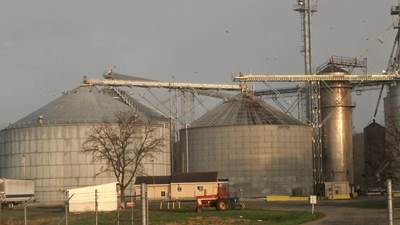 The tractor-trailer delivers the corn here. 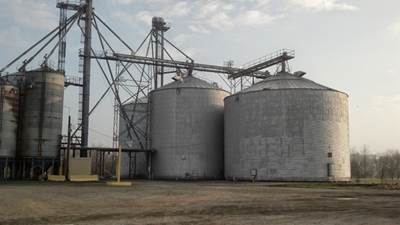 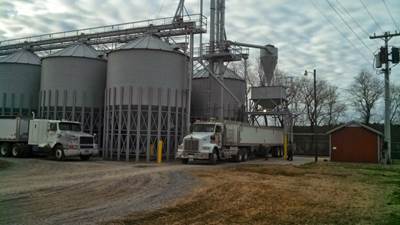 And those are just three of the local grain elevators. We have several other options, depending on who is buying our grain. We and all our farming neighbors deliver to the same elevator and unload grain. This is called "commingling," where our crop is combined with the crops of everyone else who delivers to the same elevator, and stored together in these large bins, regardless of what variety or trait of corn was grown.
So where's the cost, you ask? Well, every farmer in the region is hauling grain, usually around the same time ... to the same group of elevators. Hopefully you read my blog post on seed choice last year and realize that all farmers determine their own purchases for seed and don't all grow the same thing. In fact, we grow three or four different varieties of corn ourselves. Why? Because we match the varieties of corn to our soil types. That's called good stewardship and good business practice.

The food supply chain in the United States relies on a system of commingling, grain delivered to the elevator by farmers throughout the region.Maryland has 2 million acres of farmland, nearly a half million of which grew corn in 2012. In a not-very-good growing year, Maryland farmers produce 53 million bushels of corn.

If GMO labeling were to pass, that would require a huge addition to both on- and off-farm storage. Nationally, we're talking billions of dollars in infrastructure needed to segregate grain. What none of these labeling laws is clear about, either, is how to achieve this segregation. Should it be segregated by trait? By variety? Both? The more layers of segregation, the more infrastructure is required and the more the costs escalate.

Segregation is costly. We know because we do it every year, year in and year out, and have for years. We do it because we get paid a premium for ensuring that the specialty grains and seeds we grow are "identity preserved," very much as with the certified organic process, involving higher management, higher tracking and systems in place to ensure that the grains and seeds are genetically consistent and true to their traits of highest quality, meaning they are uniform in size, shape and color, and free of weed seed and contamination. We have 900 acres of grains and seeds this year that will require some protocol for identity preservation. They will be tested for the presence of GMO and tested to ensure that they are genetically consistent to parent seeds. This requires us to use some of our grain tanks for segregation. It requires us to do more “housekeeping”—cleaning equipment trucks, trailers, planters, harvesters, grain bins, etc.—all along the food supply chain to ensure that we have preserved the identity of that crop. It is an inherently more costly system.

So what are the costs? Here is my rudimentary analysis from the USDA Crop Production 2013 Summary.

There are 13 billion bushels of on-farm storage in the United States.

There are 10.4 billion bushels of off-farm storage in the United States.

Last year, U.S. farmers grew the following crops, all of which require storage:

So 2013 produced roughly 23.5 billion bushels of 26 different grains and seeds, including those already in some form of identity preservation protocol, and have storage capacity of 23.6 billion bushels ... without the extra infrastructure to segregate GMO from non-GMO. To segregate, additional infrastructure would be required along the entire food supply chain, from farm gate to grain elevator to processor to manufacturer, in order to separate corn, soybeans and canola.

I mean, surely, we need to label grains and seeds by GMO trait, right? Because otherwise "we don't know." This is the premise of what the activists say is the problem, right? The uncertainty of GMO? We can't commingle traited seeds and grains, because then we no longer havetrue traceability. Absolute and utter segregation by trait or combination thereof is required to meet the demands of what is being called for in GMO labeling legislation across the U.S.

And I've been talking only about the costs of grain storage. I can't even begin the fathom the costs of segregating all along the entire food supply chain, keeping GMO corn, soybean or canola ingredients segregated by trait, from conventional counterparts from the farm to the processor to the manufacturer. We're talking billions of dollars in order to maintain the absolute traceability of a certain genetic trait in a seed from farm to final product.

Those who say GMO labeling won't add to the consumer's grocery bill need to go back to Economics 101 and some basic high school math.

True traceability in our food supply system will be hugely expensive.

It’s likely that, as a nation, we'll never capitalize all that infrastructure to achieve true traceability.

Which goes to the crux of the matter: this isn't about labeling. As I cited in my last GMO blog, labeling is a means to an end. As many activist groups have noted, the ulterior motive behind labeling is not about a consumer's right to know; it is about banning the technology.

Say no to mandatory GMO labeling. Stand for science.