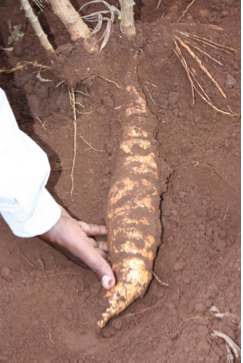 On September 29, the United Nations’ Food and Agriculture Organization (FAO) Director- General José Graziano da Silva issued a call for climate smart agriculture and a “paradigm shift towards sustainable agriculture and family farming.” It is a theme we have seen in a number of recent reports by leading organizations, including:

- Sustainable Intensification: A New Paradigm for African Agriculture, a Montpellier Panel Report by the Imperial College of London; and

- Resilient People, Resilient Planet: A Future Worth Choosing, a report from the United Nations’ High Level Panel on Global Sustainability.

As Secretary of State John Kerry noted on World Food Day, “The nexus between climate change and food security is undeniable.” A growing world population requires substantial productivity increases while climate change poses real threats to production output. By 2050, the global population is expected to increase by another 2 billion people. According to the FAO, that means agricultural production will need to increase by sixty percent if there’s any hope of meeting the increased demand for food and feed.

These are just a few of the many studies urging greater sensitivity to the environment and “sustainable” agricultural practices. Gone are the days of planting crops from fence-row to fence- row while using the maximum amount of inputs. But what is meant by the term sustainable agriculture production?

“Sustainability” in agriculture is not clearly defined, and tends to be interpreted differently by different people. So, what are the experts behind these reports trying to say? Is sustainability a synonym for organic agriculture? Does it exclude biotechnology and genetically modified (GM) food as the public is often led to believe? Looking more closely into the various studies, the answers become clear: No. The reports are urging a reduction in the environmental impact of natural resources by embracing sound science and the full use of technology, including modern agricultural biotechnology.

All too often, words such as “sustainable,” “agroecology,” and “biodiversity” (among others) are interpreted by the public as a rejection of high technology in agriculture. The implications of this misconception are extremely dangerous in the context of global food security, as we need all the techniques available to feed a growing population in the face of climate change.

The FAO Director-General captured this theme during his remarks when he said that we should be making agriculture more sustainable by any means that works, including methods such as agroecology, climate-smart farming, biotechnology and the use of genetically modified organisms. “We need to explore these alternatives using an inclusive approach based on science and evidences, not on ideologies,” he stated.

This point was strongly reinforced by the Montpellier Panel, a group of African and European experts from the fields of agriculture, trade, ecology and global development chaired by Sir Gordon Conway of Imperial College London. According to the Panel’s 2013 report, “Organic agriculture is a highly sustainable form of crop and livestock production” with benefits including increased soil quality and lower energy requirements. However, the report casts doubt on “whether the yields produced through organic agriculture can ensure food security for the population at large.” In short, organic agriculture may afford certain benefits, but we will need all of the tools in the toolbox to feed the planet.

The next chapter in the Montpellier Panel report focuses on genetics. “For thousands of years, humans have been harnessing the power of genetic inheritance to improve food security, increasing both yields as well as the nutritive qualities of crop varieties and livestock breeds...Since the cellular and molecular revolution of the last century, conventional breeding has been augmented by forms of biotechnology – cell and tissue culture, marker-assisted selection and genetic engineering.”

Biotechnology and GM crops are climate-smart, sustainable, ecofriendly and can lead to greater biodiversity. They can reduce the impact of farming on the environment caused by the effects of tilling, exhaustion of soils and loss of biodiversity. With the increase in food production to feed the growing population, the environment comes under more severe threat. Biotechnology allows farmers to produce more food on existing farmland. It allows farmers to use less water (drought- resistant crops), to use less pesticide (insect-resistant crops), and to plough less (herbicide-resistant crops) thereby reducing soil erosion, water pollution caused by run-off, and the use of fossil fuels, therefore reducing greenhouse gas emissions.

GM crops can lead to greater farmland biodiversity and reduce pressure on fragile wildlife habitats. Geneticists at Cornell and Danforth Plant Science Center in St. Louis are developing GM cassava varieties, which could be very important for Sub-Saharan Africa. Looking down the road a bit, biotechnology will also be used to improve the nutritional content of foods, as is now being done with rice.

To quote the National Geographic’s series on The Future of Food, “Modern supercrops will be a big help. But agriculture can’t be fixed by biotech alone.” Rather, it is but one of many technologies and practices that can help address food insecurity in the face of climate change. I- Phones are being used as the modern extension service. More efficient irrigation systems are critical to conserving water resources. Better storage facilities could reduce post-harvest loss. The list goes on.

There must also be much more attention on how to bring these modern technologies to smallholder farmers. Dr. Norman Borlaug’s final words were “take it to the farmer.” None of these new technologies will reach their potential unless they are put into the hands of smallholder, women farmers. In Africa, hybrid seeds are being developed for African soils and climate under the leadership of Dr. Joe DeVries at the Alliance for a Green Revolution in Africa. The new seeds and fertilizers can only boost production if they reach smallholder farmers and the farmers are taught how to use these tools.

In the U.S., when thinking about agricultural technology, most think of GPS in an air-conditioned tractor connected to the Chicago Board of Trade. In Africa, smallholder farmers are using a string to space out rows and seeds. The world is on the cusp of an evergreen revolution, but it requires a full-court press.

Time is of the essence. According to Dr. Kenneth Cassman from the University of Nebraska and Dr. Kendall Lamkey at Iowa State, we are NOT on course to feed the planet but we can certainly get back on track – so long as we embrace sound science and use all of the agricultural tools and techniques at our disposal.