When were GMOs first introduced to the food supply?

While nearly all foods today have been genetically modified or altered in some way over thousands of years through selective breeding, there are only nine commercially available GMO crops in the U.S: soybeans, corn (field and sweet), canola, cotton, alfalfa, sugar beets, summer squash, papaya and potatoes.

GMO apples have also been approved to be grown and will be coming to market soon. The chart below explains why each of the nine GMO crops – which are commercially available today – are genetically modified: 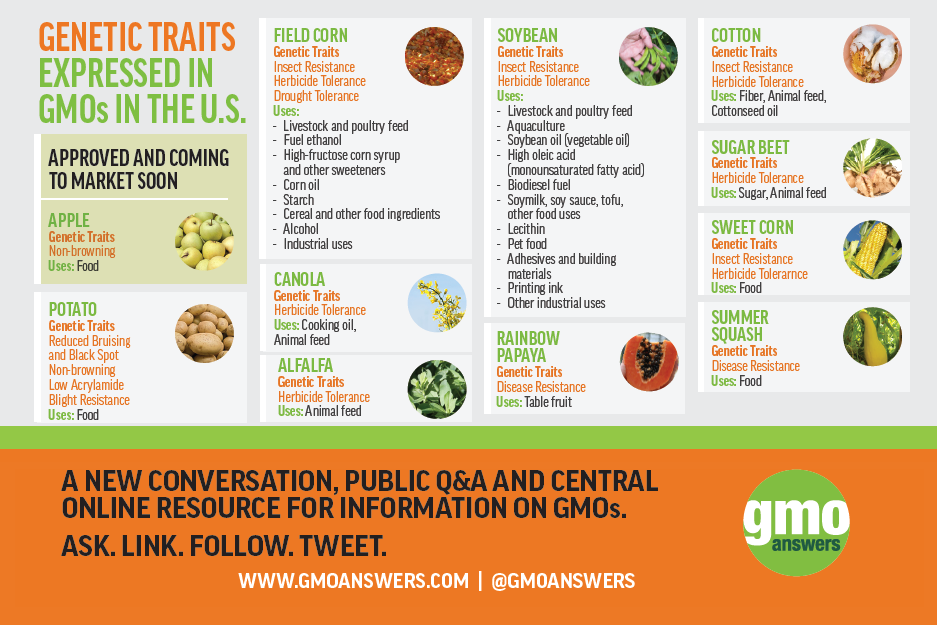 Below is a table outlining what year the nine crops became commercially available:

These nine are the only GMO crops that are commercially available, but it is also important to note that many of these crops are ingredients in other types of food you may find in your local grocery store.

can humans be genetically modified? how?

Why are people afraid of GMOs?I have looked on this website and couldn't find the answer…

How hurt would society be if we took away GMOs?