ARTICLE: Farm Babe: The Truth About GMOs and Herbicides

The following is an excerpt from a blog post by Michelle Miller (@thefarmbabe) at the AgDaily website.

Now let’s take that idea and apply it to agriculture. Below is a picture of a sprayer. This is a common piece of equipment used to spray crops to control weeds. Similar to a garden, everyone knows you must control weeds or they’ll take over and you’ll lose your crop. The only difference is, the farm I’m involved with has 2,000 acres. Would you like to come over and weed 2,000 acres by hand? I didn’t think so.

Enter glyphosate. Also known as Roundup, it is a very popular herbicide used in millions of gardens around the world to control weeds. On a farm, this is done on a large scale, but the minimal amount actually used may shock you. For example, our sprayer holds 750 gallons. Of that only 7.5 gallons is glyphosate and the rest is water. Really! Water! It equates to 0.2 gallons per acre. That’s one-fifth of a gallon over the area of an entire football field! 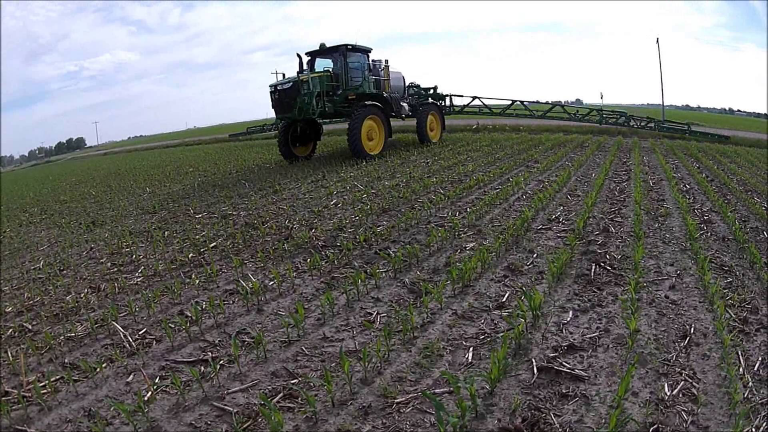 Let me repeat that.

Out of 750 gallons of crop spray, only 7.5 gallons is actually glyphosate. The rest is water. So for every part of a scary-sounding chemical, there is approximately 100 parts water. That’s it. A fifth of a gallon, less than two soda cans, 650 mL, (however you want to measure it) over an entire football field.

Now. Do you see the height of the sprayer boom? That’s the “wings” where the spray comes out of which allows farmers to spray multiple rows at once. As you can see, it’s kinda short. No corn or soybeans are present. That’s because the glyphosate never actually touches the grain itself. Actually thanks to modern agricultural technology and GMOs, chemical usage has been substantially reduced. Farmers only go over crops an average of two times, in the beginning of the growing season. Is this starting to make more sense and sound less scary now?