ARTICLE: Americans are confused about food and unsure where to turn for answers, survey shows

The following is an excerpt of an article at The Conversation by Michigan State University researchers examining questions Americans have about our food supply.

More than one-third of Americans do not know that foods with no genetically modified ingredients contain genes, according to the new nationally representative Food Literacy and Engagement Poll we recently conducted at Michigan State University. For the record, all foods contain genes, and so do all people. 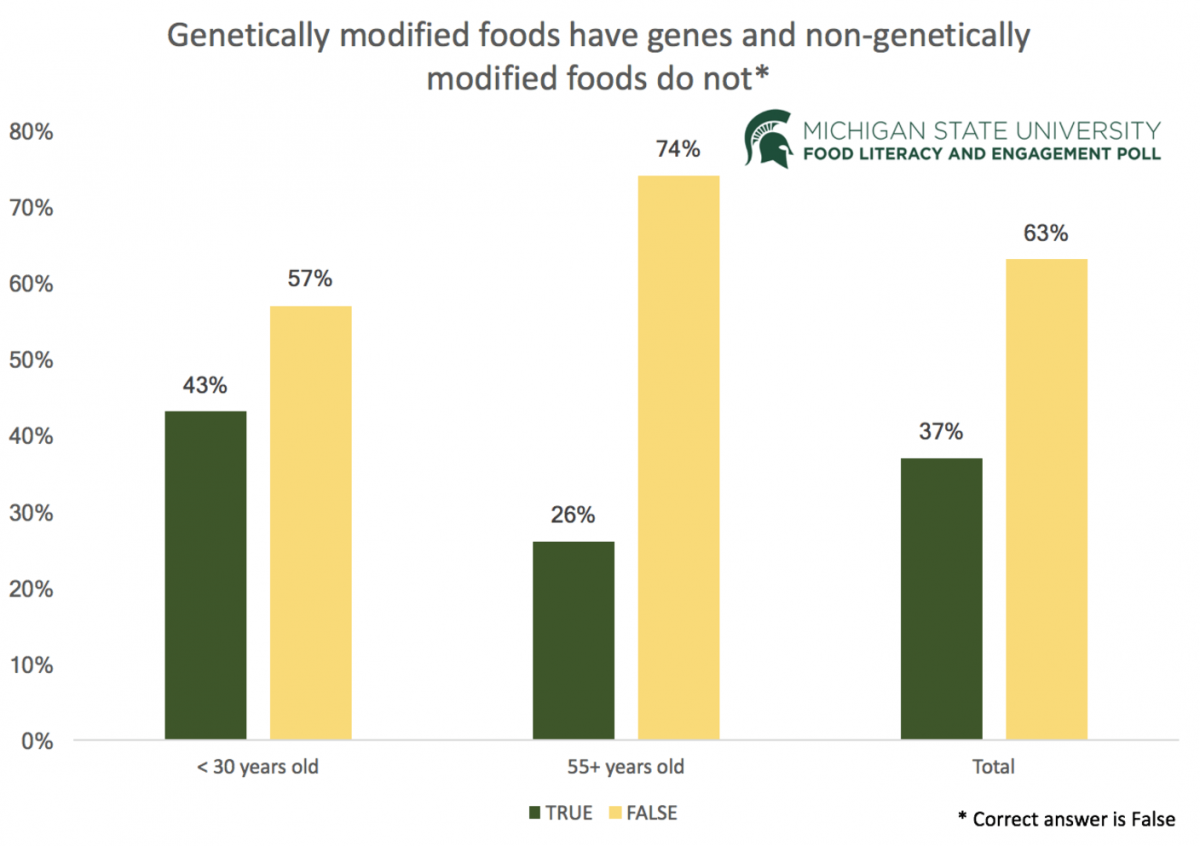 The majority of respondents who answered this question incorrectly were young and affluent, and also more likely than their peers to describe themselves as having a higher-than-average understanding of the global food system. The full survey revealed that much of the U.S. public remains disengaged or misinformed about food. These findings are problematic because food shapes our lives on a personal level, while consumer choices and agricultural practices set the course for our collective future in a number of ways, from food production impacts to public health.

The Food Literacy and Engagement Poll, which we plan to conduct annually, is part of [email protected], a new initiative based in Michigan State University’s College of Agriculture and Natural Resources. [email protected]’s mission is to listen to consumers, promote dialogue and help the public make more informed choices about food.

Many factors make those decisions challenging for today’s consumers. Rapid scientific innovation has made it possible to engineer crops that can grow without fertilizer, survive flooding and supply vital nutrients to communities in the developing world. But further progress may be limited without public awareness and support for research on urgent food and agriculture challenges.

Meanwhile, the proliferation of online content with conflicting messages makes it hard for Americans to separate valid nutritional information from fads and fraud. Influential multinational corporations push ideas that aren’t always based in science, but rather intended to promote their own products.

Our inaugural poll reveals that the public lags far behind current scientific understanding when it comes to food. Equally troubling, Americans aren’t turning to scientists for answers.

Please visit The Conversation to read the results of the entire study.