Why Soil Health Matters & How GMOs Play A Key Role 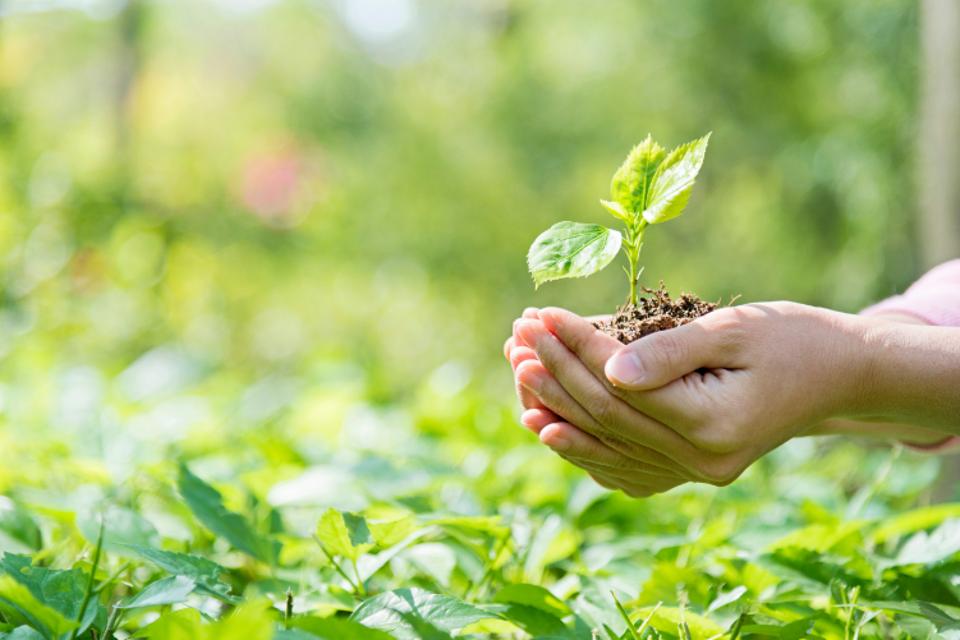 Advances in biotechnology, particularly the development of GMO crops, have been instrumental in facilitating conservation tillage and resulting improvements in soil health.

When most people think about soil and farming the first image that comes to mind is that of a farmer plowing his or her field. That rural image has become emblematic of agricultural cultivation and our shared connection to the land, soil and food that sustains us, but the reality is actually quite problematic.

Tillage, or the act of mechanically turning over and breaking up soil to prepare it for planting, has been an important part of farming practices for thousands of years, for good reason, but with unintended consequences both for farmland and the environment at large.

This past week we celebrated World Soil Day – a global awareness day the United Nations declared to celebrate the importance of soil as a vital contributor to human well-being. It’s also an opportunity to reflect on how GMOs have helped to improve soil health and the environment.

Historically, tillage practices have been used as a means for weed control; to help break up severely compacted soil; and to mix harvest residue, organic matter and nutrients evenly into the soil to prepare it for planting. All of these tillage aspects can provide benefits to crop production. However, tillage is increasingly recognized as a cause of soil damage that leaves soil vulnerable to erosion and contributes to other environmental ills, such as increased pollution and sedimentation in streams and rivers and loss of land to desertification.

How Does Tillage Impact The Environment?

Let’s take a closer look. John Graham, a soil health specialist for the Natural Resources Conservation Service (NRCS) in Kentucky, explains that “tillage destroys and/or depletes the soil’s aggregate stability, structure, pore space, water holding capacity, infiltration, permeability, gaseous exchange and nutrient storage ability.” In other words, destroying soil severely reduces water infiltration – causing the soil’s capacity for water to be depleted. Instead of water going into the soil, it runs off, taking topsoil, chemicals and fertilizers with it. This leads to more vulnerable and less productive farmland and an environmental chain reaction. According to the World Wildlife Foundation, half of the topsoil on the planet has been lost in the last 150 years. The effects of soil erosion, which go beyond the loss of fertile land, have contributed to declines in fish and other species and worsened flooding and desertification.

For these reasons, movements toward more sustainable agriculture, including conservation tillage, are critical if we hope to meet the food production needs of a growing global population, while also reducing our impact on the environment. 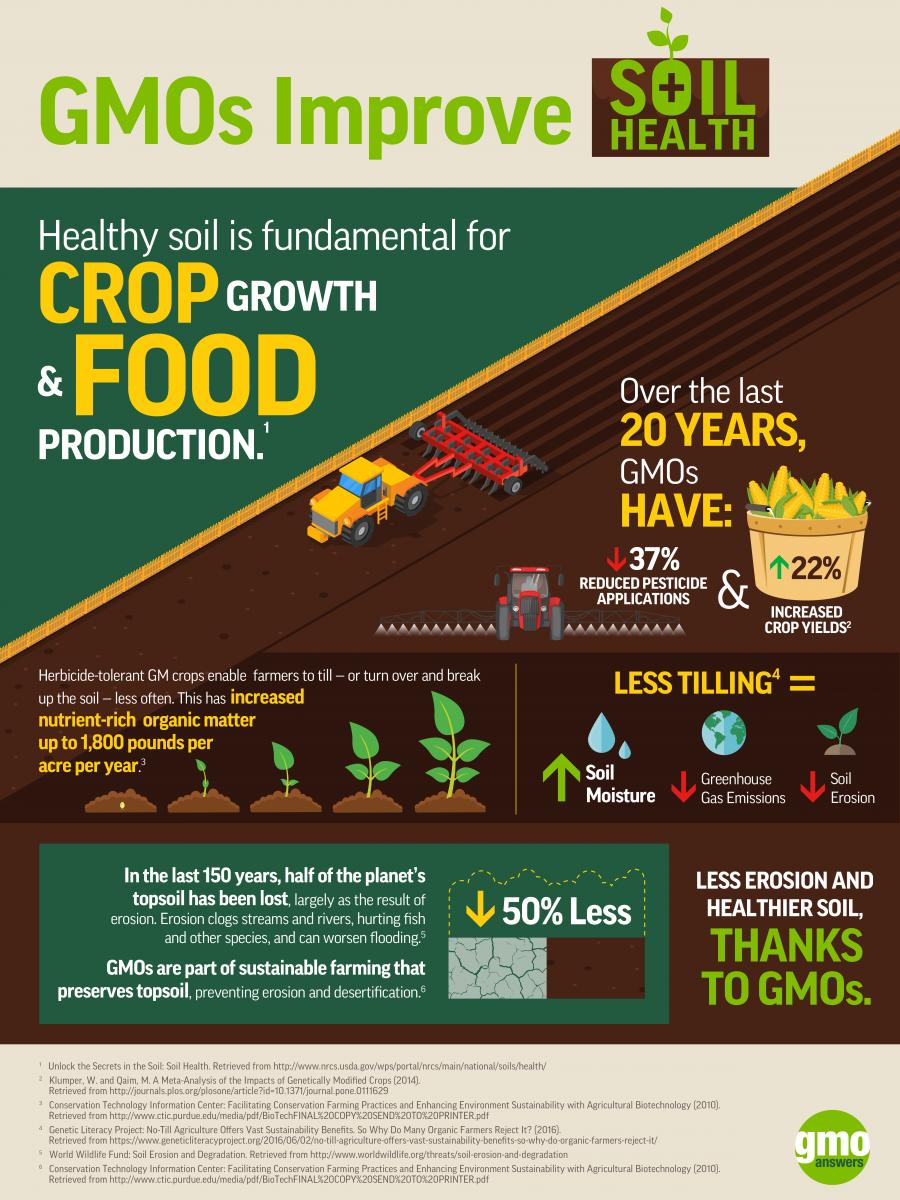 So, How Does Conservation Tillage Work?

Conservation tillage allows farmers to till the soil less often. Here is a breakdown of the benefits:

What Conservation Tillage Means For Farmers & The Environment

The ecological benefits of conservation tillage are clear, but what does it actually mean for farmers and how, after thousands of years as a mainstay of agricultural production, have we become less reliant on tilling?

The answer may come as a surprise. Advances in biotechnology, particularly the development of GMO crops, have been instrumental in facilitating conservation tillage and resulting improvements in soil health. The development of herbicide-tolerant GMO crops was a breakthrough. By allowing farmers a highly effective and reliable means to fight weeds by chemical means, GMOs have reduced reliance on tillage for weed control and made it easier and less risky for farmers to adopt more sustainable production strategies.

Take soybeans for example. According to the Conservation Technology Information Center (CTIC), before the introduction of glyphosate-tolerant soybeans, approximately 27% of the nation’s full-season soybeans were no-tilled. Today, the latest CTIC surveys show that 39% are no-tilled, “a phenomenon that closely tracked the adoption of herbicide-tolerant soybeans.”

CTIC further states that “biotechnology has played a significant role in influencing the shift of millions of acres of U.S. cropland to conservation tillage systems, which in turn has reduced topsoil loss, energy consumption, pesticide use, labor, water pollution and air pollution.” Conservation tillage means fewer trips across the fields, saving farmers time and money by lowering fuel and machinery maintenance costs, and reduced soil compaction.

Research by PG Economics published in 2013 in the journal GM Crops Food, also showed that “GM traits have contributed to a significant reduction in the environmental impact associated with insecticide and herbicide use on the areas devoted to GM crops.” Further, a 2014 meta-analysis of the impacts of GM crops published by Wilhelm Klümper and Matin Qaim found that on average, GM technology adoption has reduced chemical pesticide applications by 37%, increased crop yields by 22%, and increased farmer profits by 68%, offering proof that with GMOs what’s good for the environment can also be good for farmer’s bottom lines.

At GMO Answers, we believe that maintaining healthy soil is of critical importance, not only to farmers, but to the global community at large. We are proud of the positive impact GMO crops have made and continue to make by enabling more sustainable agricultural production and promoting soil health in ways that benefit farmers, the land they work and the environment as a whole.