Why I Buy GMO Seeds

This post was originally published on Forbes on May 3, 2016.

Post written by Brian Scott. Brian farms just over 2,200 acres in Indiana with his father and grandfather where they raise corn, soybeans, popcorn, and wheat. 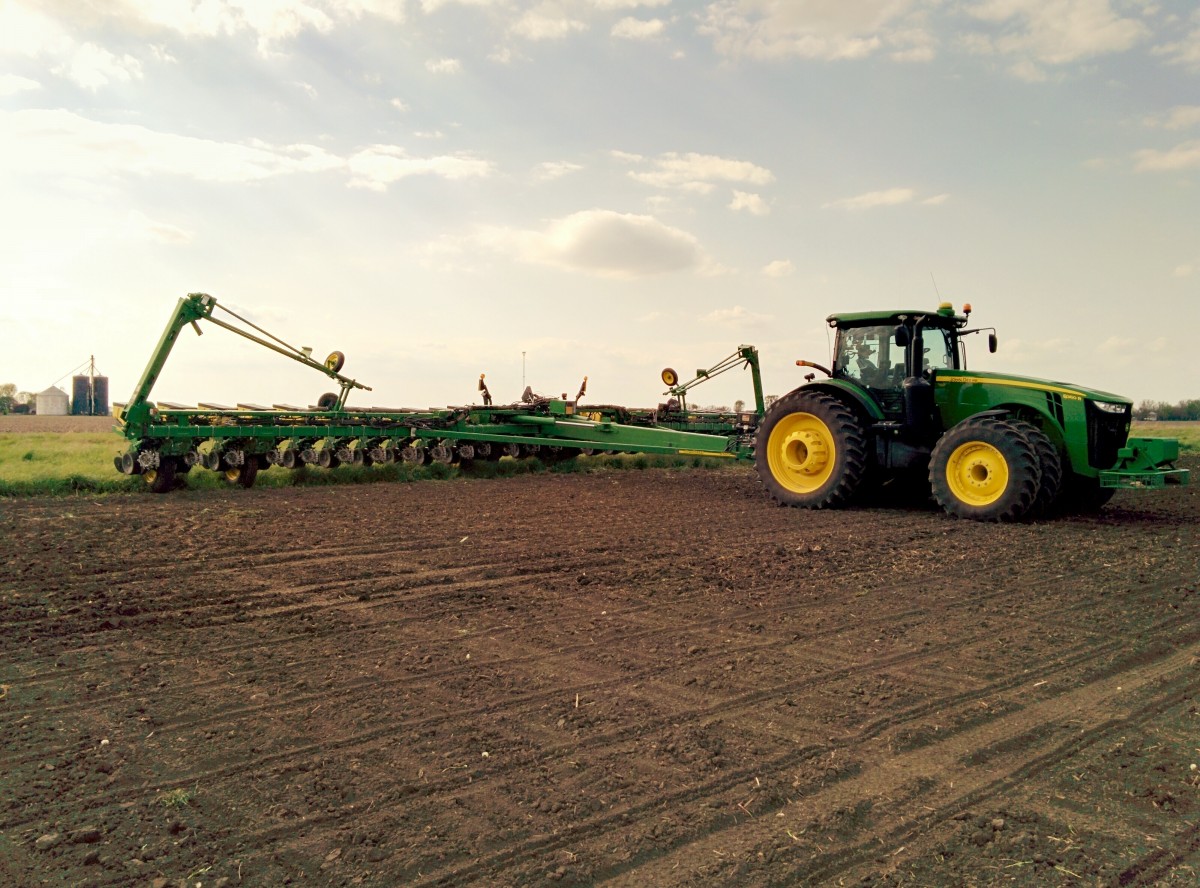 Brian Scott’s planter loaded with corn seed ready to plant another field in 2016. About half the corn Scott plants is GMO, while the rest is conventional. (Image Credit: Brian Scott)

I think there is a notion out there among the general public that if farmers like myself buy seed from Monsanto MON -0.19%, Dow, Dupont-Pioneer, Syngenta, and others, I’ve suddenly lost choice in the way I run my business. Based on my experience, this is not the case. I choose what seeds I plant every year. I’m not locked into buying seed from one company from one season to the next.

In fact, I laid out what a Monsanto tech use agreement looks like on my personal blog. I even posted the contract I signed so anyone can read it for themselves. Are there some rules to abide by whenever I sign one of these contracts? Sure there are. Do they have a detrimental effect on the way I choose to farm? I don’t think so.

The biggest hang-up for most people seems to be that I cannot save the progeny of the seeds I plant in order to grow another crop the following year. I grow mostly corn and soybeans. Saving seed from corn is something not really done anymore, and it has been that way for decades because pretty much all field corn is hybrid corn. The harvest of a hybrid corn plant won’t produce seed genetically identical to the parent plant. So since I don’t know exactly what the genetics are in that new seed, I don’t want to plant it next year. I should add that just about all corn grown today is hybrid corn because it performs much better than inbred corn.

When it comes to corn, I wouldn’t save the seed even if I could. Farmers used to save corn seed. They would grab the biggest ears from the field at harvest time and hang them up in the barn. That’s just guessing at best. I get one shot to plant each year. I can’t afford not to do it right.

Corn seed coated with a treatment designed to promote healthy growth while warding off pests and disease fills Brian Scott’s planter.
The two colors of treatment indicate a refuge in a bag product. The 5% refuge doesn’t have a Bt trait, which prevents pests from becoming resistant. (Image Credit: Brian Scott)

Seed corn production fields require planting male and female rows, and removing some of the reproductive parts from the right rows at the right time in order to get the desired hybrid to the farmer. I encourage people to look at an ear of corn when they think about the seed I plant. My planter is probably the most important piece of equipment on the farm, and it’s a bit sensitive. It’s sensitive to the size and shape of the seed inside it. I need to have the right seed plates, and follow the vacuum settings in the owner’s manual that match the seed size and plate being used so I can plant the population I intend at the ideal spacing so two seeds don’t become competitors. An ear of corn doesn’t have a uniform assortment of seed sizes and shapes from top to bottom. So even if I wanted to save corn seed, I would also need gear to sort it by size and shape. And it would need to be very clean before I would pour it in my planter.

So why not save that seed? Although I know what the genetics are, I still want that seed cleaned and sized for my planter just like the corn. And, I want a seed treatment as well to protect my crop early in the season. I could buy all the equipment to do that if I were dead set on saving my seed, but the cost would be prohibitive.

There are seeds you can buy and save. Arkansas recently developed a public soybean variety farmers can save that contains the now off-patent Roundup Ready 1 gene. Public wheat varieties are fairly common in some parts of the country; although, there are no GMO wheat varieties available at this time.

The wheat I raise is under patent protection – a fact I bring to light when I find someone who has come to believe plant patents are exclusive to GMO crops. Lots of plants from GMO to conventional to organic to ornamental are protected by patents , not entirely unlike the software I’m typing this article with. Just like a plant breeder or a company who is in the plant breeding business, some software company put in a lot of time and resources to bring a good product to market, and I’m not supposed to sell copies of that software to my friends. Is it not fair for them to have the protection of a patent to recoup that investment and even turn a profit? I see seed the same way.

Back to the contracts themselves. There is nothing in the contracts I’ve signed that says I must buy more product from the company. I don’t have to buy seed from them the next year, and if the seed company is also a crop protection company, I don’t have to buy those products either. What I do need to do is make decisions that are best for my farm, and follow the Integrated Pest Management guidelines (which I get in the mail from each seed company every season) to properly steward traits and technologies that come with my seeds. I would do that without a contract, because that’s just called being a good farmer.