Why GMOs Don't Cause Cancer

This post was originally published on Forbes on June 1, 2016.

Post written by Michael Stebbins. Michael Stebbins is the manager of communications and programs for the Council for Biotechnology Information and a GMO Answers spokesperson. 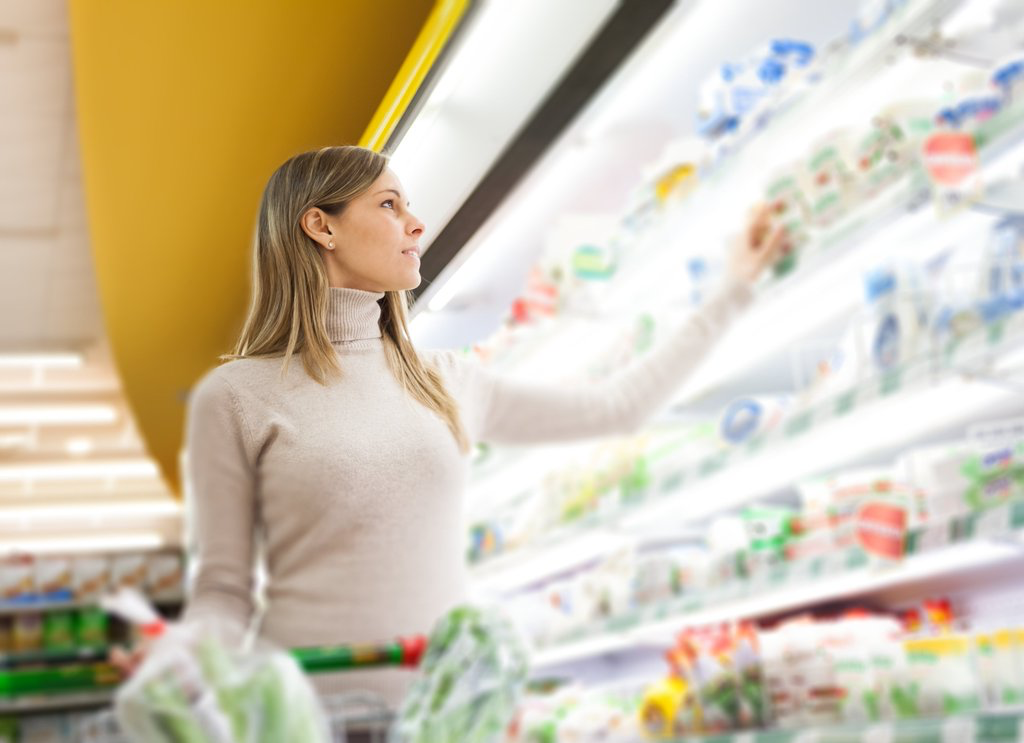 More than one million people in the United States get cancer each year and many people have questions about whether consumption of genetically modified organisms (GMOs) or the foods derived from them is associated with increased risk.

To help address these important questions, we consulted Dr. Kevin Folta, a professor and chairman of the Horticultural Sciences Department at the University of Florida, Gainesville, who replied that “the short answer is no, there is absolutely zero reputable evidence that GMO foods cause cancer.”

Some of the confusion surrounding GMO crops and cancer comes from reports where the natural Bt (bacillus thuringiensis) protein, incorporated into insect resistant plants, or glyphosate, the herbicide used on some GM crops, is applied to cell lines in a petri dish. Dr. Folta explained that under those conditions, some cells show changes associated with stress that sometimes include abnormal growth, but it is important to remember that cells in a petri dish do not behave like cells in the body. According to Dr. Folta, there is no reliable evidence that consumption of foods derived from GM crops could cause the same changes in a living organism.

He also explained that years of careful evaluation show that there is nothing about the Bt protein, glyphosate, the EPSPS enzyme which confers herbicide tolerance by substituting for the natural enzyme in the plant, or the process of genetic engineering that would cause cellular changes in human cells that would lead to cancer.

That said, a number of consumers have questions about glyphosate and are concerned about a study by Thongprakaisang et al., which reported that glyphosate induces the growth of human breast cancer cells via an estrogen receptor–mediated signaling pathway. We take these concerns very seriously and while we encourage anyone interested in the topic to read John Swarthout’s full response on GMO Answers, it is worth clarifying a few things here as well. 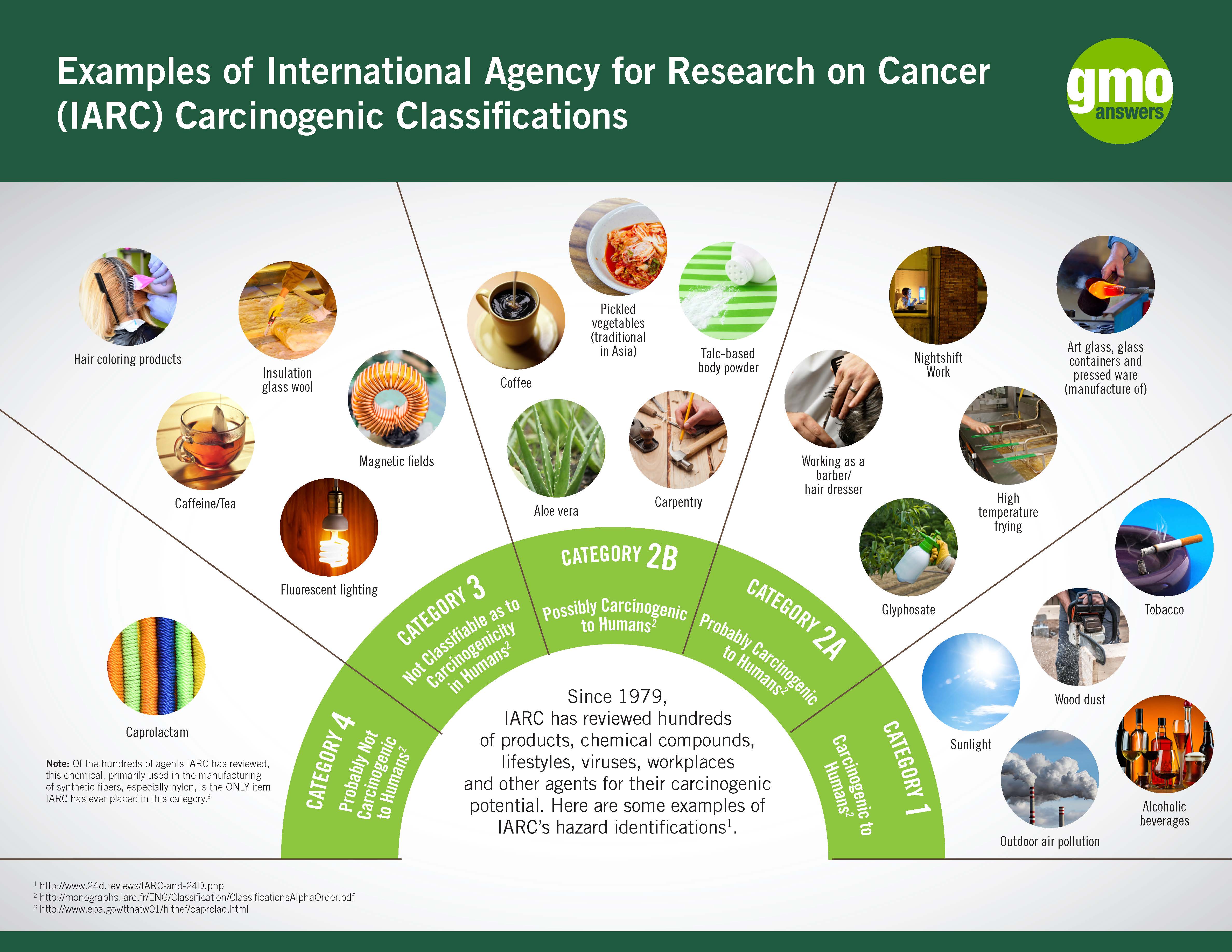 The International Agency for Research on Cancer (IARC), the cancer agency of the World Health Organization, classified glyphosate as probably carcinogenic to humans (Group 2A). However, in May 2016, the Joint FAO/WHO Meeting on Pesticide Residues (JMPR) concluded that “glyphosate is unlikely to pose a carcinogenic risk to humans from exposure through the diet.” (Image Credit: GMO Answers)

The Thongprakaisang study was performed in a laboratory setting with human breast cells that were already cancerous and the results in no way implicate glyphosate as inducing human breast cancer.

In fact, the U.S. Environmental Protection Agency classifies glyphosate as a compound that shows no evidence of carcinogenicity for humans. A review of epidemiologic studies on glyphosate and cancer by Mink et al. also concluded that there is “no consistent pattern of positive associations indicating a causal relationship between total cancer (in adults or children) or any site-specific cancer and exposure to glyphosate.”

Part of the reason that there are so many questions about glyphosate, despite its low toxicity and safety profile, and about GMO crops more generally, is that many people don’t know about the extensive health and safety testing that GMOs undergo. A prime example is the comparative safety assessment process used to evaluate differences between newly developed GMO crops and their conventional counterparts to fully understand the implications of genetic modification on DNA, RNA and resulting proteins and plant composition. This process is used in all international crop biotechnology guidelines and every single GMO product goes through this assessment.

We tapped Dr. Dan Goldstein, a pediatrician and clinical toxicologist who serves as a senior science fellow and lead of Medical Sciences and Outreach at Monsanto MON -0.22% Company to help unpack what this assessment process tells us about cancer risk. He described three key factors for consumers to keep in mind:

First of all, is the fact that DNA and RNA from food, whether derived from GMOs or organic crops, do not enter the human genome – period. Secondly, while proteins in GMO crops are digestible, “there are hundreds of digestible proteins in the human diet and no examples of a digestible dietary protein increasing cancer risk.” The third factor to consider is plant composition. According to Dr. Goldstein, “studies have shown clearly that variability in composition of conventional plants, due to genetic differences among varieties and due to environmental factors, is considerably greater than the effects of inserting transgenes.”

Cancer is a scary and complex group of diseases with many possible causes, but GMOs are not one of them. In fact, future GMO plants may even play a role in prevention through traits engineered to produce nutrients that help fight cancer or eliminate naturally occurring compounds that increase cancer risk.

According to Dr. Folta, one such product is close to commercialization. “Potatoes produce a small amount of acrylamide, a potential carcinogen, when heated to high temperatures,” said Dr. Folta, explaining that “a potato has been engineered to not produce that compound, and that leads to safer food.”