5 Things To Know About Sugar Beets 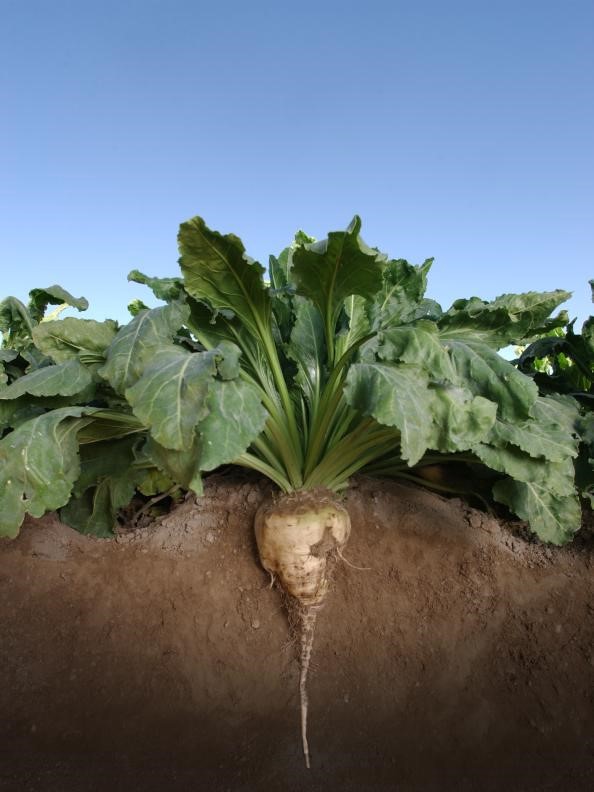 Hi! My name is Laura Rutherford and I’m a wife, mother, marathon runner and ninth generation farmer. I live and farm with my husband and three young sons in the Red River Valley region of eastern North Dakota, where we grow sugar beets, dry beans and wheat. I grew up on a small farm/ranch operation in South Dakota, and met my farmer husband while attending college in North Dakota. We are two of the only 10,000 American family farmers who grow over one million acres of sugar beets in California, North Dakota, Minnesota, Colorado, Michigan, Montana, Idaho, Nebraska, Oregon, Washington and Wyoming. One of the most frequent questions I’m asked on social media or when I travel is, “What is a sugar beet?” I love talking about my crop, so here is my top five list of things to know about sugar beets.

1) Sugar beets are a Root Crop, and Their Tissue is White (Not Red!)

Sugar beets are a root crop, and flourish in temperate climates where the growing season is about five months long. A mature sugar beet is about one foot long, weighs two to five pounds, and contains about 18% sucrose, which is concentrated in its taproot. Sucrose is a carbohydrate that occurs naturally in fruits, vegetables, and other agricultural crops, but occurs at greater levels in sugar beets and sugarcane.

Sugar was first isolated from beet roots in 1747 by Andreas Marggraf, in what is now Poland. The sugar beet then journeyed to France when Napoleon ordered that 69,000 acres be devoted to growing the new crop. Sugar beet production in North America began in 1879 at a farm in Alvarado, California. Today in the United States, about 57% of domestically produced sugar comes from sugar beets.

Sugar beets being stored in piles during the harvest.
(Image Credit: Laura Rutherford)

2) Regardless of the Source, Sugar is the Same!

The sugar from sugar beets and sugarcane is identical, and is the same as the sucrose found in any other agricultural crop. The molecular structure of sugar is the same regardless of whether it comes from sugar beets or sugarcane. The molecular structure of the sugar is also the same regardless of whether the sugar was obtained from plants grown with conventional, organic, or precision breeding practices. So, if a package of sugar is labeled as organic, it only means that the plant the sugar came from was grown according to organic agriculture standards. However, once the sugar is separated from this plant, the molecular form of the resulting white sugar is completely identical to the molecular structure of the white sugar extracted from any other sugar beet or sugarcane plants, whether the original plant was developed by non-biotech strategies–oftentimes referred to as “traditional” or “conventional” techniques–or by biotech methods. The final white sugar is the same. Whether from a conventional or biotech plant, from sugar beets or sugarcane, sugar has the same nutritional value, composition and wholesomeness, and is a natural plant product. Regulatory agencies all over the world have concurred that the white sugar extracted from biotech sugar beets is no different than the white sugar extracted from conventional sugar beets or sugarcane. These agencies included Health Canada, the European Food Safety Authority (EFSA), the Ministry of Agriculture, Forestry and Fisheries of Japan (MAFF), and Food Standards Australia New Zealand (FSANZ).

Sugar beets are a labor-intensive crop that require constant care. Thanks to genetic engineering, sugar beet farmers are able to apply safer and less chemicals less often to control weeds. Farmers are the ultimate environmentalists and stewards of the land. Thanks to genetic modification, this is possible. Today, sugar beet farmers are able to use glyphosate, the mildest and safest product available, for weed control. This is a win-win for the health and safety of consumers and farmers. It’s also a huge win for the environment. Genetically engineered sugar beets require far fewer pesticides, which in turn, means less water, less fuel and a smaller carbon footprint. Twenty-five specific environmental benefits of growing genetically engineered sugar beets have been identified. These include promoting low or no tillage farming, improved soil health, an increase of water retention in soil, greater soil and water conservation, and less emissions of greenhouse gases; all of which contribute to long-term sustainability. Also, growing genetically engineered sugar beets allows farmers to grow more sugar beets on less land while using fewer chemicals. 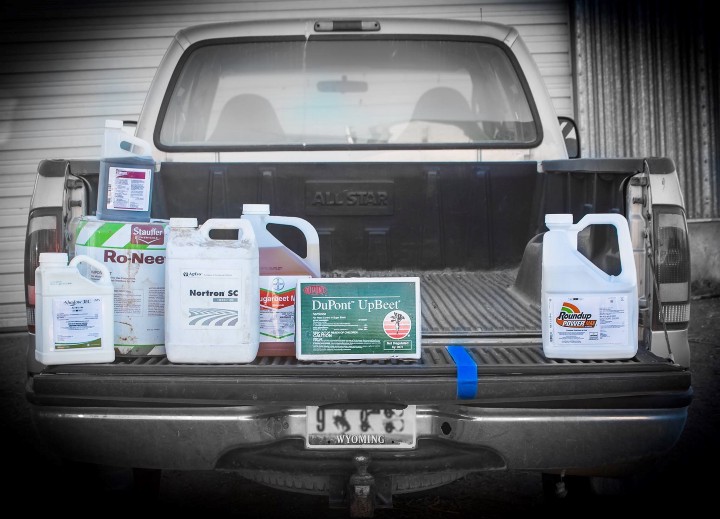 On the left is what farmers used to spray on non-GMO sugar beets.
On the right is what they spray now!
(Image Credit: Laura Rutherford)

In the United States, sugar beets are grown by farmer cooperatives and processed in 22 farmer-owned factories. The sugar beets are planted in the spring and grow throughout the summer. Here in the Red River Valley, the harvest starts on October 1 and usually lasts two weeks. Sugar beets are a perishable vegetable, but because of the extremely cold winter temperatures, North Dakota and Minnesota are some of the few places in the world where the harvested sugar beets can be stored in outdoor piles. Trucks then transport the crop to the factories, which operate around the clock, seven days a week, from October through April. For a great explanation and photos of the how sugar is extracted from sugar beets, check out the Red River Valley Girls blog. 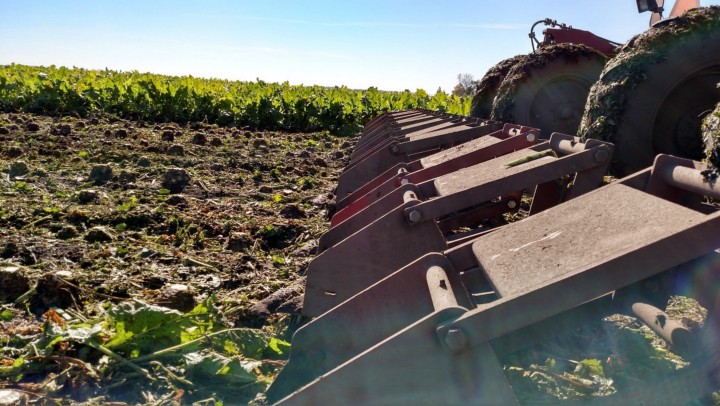 5) GMO Sugar Beet and Other Bioengineered Food Is Safe

Crop modification has been going on for centuries and the scientific consensus is that genetically modified crops are safe. No foods have been examined more thoroughly than those derived from biotechnology. The Food and Drug Administration’s (FDA) team of scientists have examined the safety assessment for each new food derived from biotech. In 20 years of eating GMO foods here in the United States and around the world, no credible evidence exists linking a food safety or health risk to the consumption of GMO foods.

The National Academies of Sciences (NAS) have recently released a nearly 400-page report written by a committee of scientists, researchers, and agricultural experts. The committee reviewed over 900 studies of genetically modified crops and concluded that they are safe for human and animal consumption. As a mother and a runner, I am very particular about what my family eats and the ingredients we produce on our farm for other families to eat. I have extensively researched the crops I grow, and I want other moms to know their families can eat with confidence. If genetically modified foods were unsafe in any way, they would never be sold. Technology companies wouldn’t make it, the FDA would not allow it, and my husband and I wouldn’t grow it.