GMO Peanut Butter? Nope, but there could be. And it could save lives. 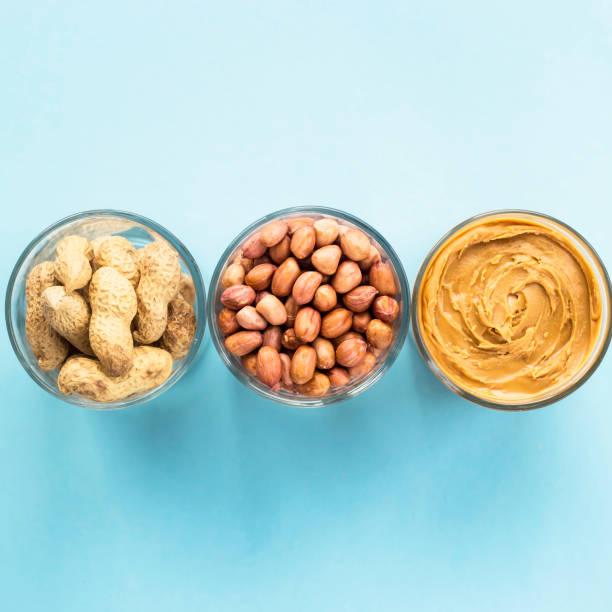 By decoding the DNA of peanuts, a group of scientists from the University of Western Australia say they can make an allergy-free peanut. That's radically good news for lots of people who have to carry epinephrine pens wherever they go. Read more at this story from Vice: https://www.vice.com/en_us/article/mgkxey/this-is-the-gmo-peanut-that-could-rid-the-world-of-nut-allergies

Learn more about GMOs, GMO peanuts, GMO peanut butter, and how researchers are helping to fight peanut allergies below:

This Food Scientist Wants to Save Lives With a Hypoallergenic Peanut

Hortense Dodo, a food scientist and entrepreneur based in North Carolina, has been on a mission to develop a hypoallergenic peanut for over a decade. This aspiration blossomed from Dodo’s lifelong fascination with food science, beginning with her upbringing in Côte d'Ivoire, where she often wondered about how agricultural patterns impacted crop supplies at local markets. In her laboratory, Dodo experimented on standard peanuts using RNA interference technology (RNAi), which is a method of genetically engineering organisms by “silencing” the expression of certain proteins and traits.

In this case, Dodo singled out three proteins that produce the most extreme reactions in allergy sufferers, known as Ara h1, Ara h2, and Ara h3, and was able to develop a patented process that eliminated the impact of those dangerous components. By exposing the peanut to blood serum from people with allergies, and examining the response of antibodies to it, Dodo and her team can test the peanut’s hypoallergenic properties. The results have been extremely promising, inspiring Dodo to found her own biotechnology company, called IngateyGen, LLC, in order to bring her hypoallergenic peanut into the commercial sector. https://www.vice.com/en_us/article/3k5gkj/this-food-scientist-wants-to-save-lives-with-a-hypoallergenic-peanut

Has the peanut been genetically modified?

Experimentally, several peanut lines have been transformed.  However, none of the commercial cultivars now or in the past are genetically modified from the standpoint of inserting DNA from a different organism.

Spoiler Alert: There are no GMO Peanuts on the Market Today.

But it’s easy to be confused about what GMO really means. It took a late-night TV talk show host a long time to get the right answer when his crew visited a local farmer’s market to ask, “What’s a GMO?”After about a dozen interviews, the right answer comes out: “genetically modified organism.” To understand the difference and how it applies to peanuts, we talked to an expert peanut research biologist from USDA Agricultural Research Service in Stillwater, Okla., Kelly Chamberlin, Ph.D. Chamberlin has worked nearly two decades as a researcher and breeder developing lines of peanuts adaptable to the Southwestern United States. In 2015, she, along with the ARS Legume Breeding Team, received a Certificate of Merit from USDA Undersecretary at the time Catherine Woteki for the development of a peanut variety that is beneficial to both peanut farmers and peanut fans alike.

Is It Possible to Make a Less Allergenic Peanut?

For a long time, the only way to address peanut allergies involved creating peanut-free spaces in schools and on planes, changing individual behaviors or ensuring the availability of emergency medical treatments like the controversially high-priced EpiPen. Doctors have tried feeding patients minuscule amounts of peanuts to gradually retrain their immune systems to become tolerant of the food, but the treatment doesn’t always work. Now a growing number of researchers from separate fields are converging on an entirely different approach. Rather than changing people, they say, we should change the peanut.