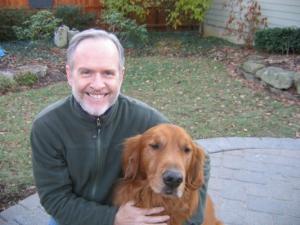 Dr. Bob Murray spent over 20 years in the field of Pediatric Gastroenterology and Nutrition. He is a professor in Human Nutrition at the Ohio State University. Bob has focused on pediatric obesity prevention, particularly in the areas of primary care and school policy. During his career, Bob worked as pediatric medical director at Abbott Nutrition and as director of the Center for Healthy Weight and Nutrition at Nationwide Children’s Hospital, offering medical and surgical weight management. Dr Murray served for ten years on, and is the past chair of, the American Academy of Pediatrics’ Council on School Health. Currently, he is the president-elect of the Ohio Chapter.

Showing 2 out of 2 results

Q: What are issues arguments opinions are there on genetically modified MEDICINE? And who has that opinion? e.g religious leaders, lay people, scientists etc... Ive researched a bit myself but I only found one about insulin. Are there anymore?

A: Although the use of gene editing technology to treat human diseases is fairly new, it has already started a revolution in medicine’s approach to disease treatment, drugs, vaccines, and prevention. The simplicity of the CRISPR technique – hailed around the world as a major scientific breakthrough – allows us to cleanly replace individual genes. It has resulted in a surge of new research studies as scientists apply the tool to treat highly complex clinical disorders.   Gene editing can either create molecules that turn on or turn off an undesirable gene or it can be used to directly [...]

Q: Can already living humans be generically altered/modified in any way?(talking about a fully grown person, not a baby) How far are we from doing that? What have we achieved so far?

A: Direct replacement of a defective gene with a healthy gene is now being used for disease treatment. The first gene therapy treatment approved by the FDA was for a rare inherited condition that causes progressive blindness starting in childhood. Patients from 4 to 44 yeaers of age were treated by injecting normally functioning genes into the eye. More than 90 percent of those participating showed improvement in vision. In another study, scientists recently reported that they had successfully replaced a gene (CEP290) that causes kidney disease in patients suffering with Joubert’s syndrome. [...]

A: In addition to the response by Robert Murray, Professor, Human Nutrition, The Ohio State University, we have answered similar questions on genetic modification in humans in the past.    Dr. Larry Gilbertson, Ph.D, Genomics Strategy Lead, Monsanto, answered a similar question; an excerpt is included below.   “Even if germline genetic modification becomes a reality in humans, it is one thing to use it to repair a mutation that causes a disease, but it is quite another to use it to “enhance” human traits.   The latter captures people’s imagination, but [...]