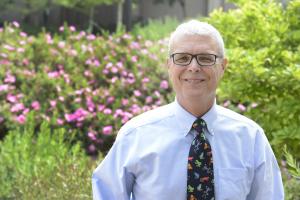 Dr. Robert Poppenga is Professor of Clinical Veterinary Toxicology and Section Head, Toxicology Laboratory at the California Animal Health and Food Safety Laboratory (CAHFS), School of Veterinary Medicine, University of California at Davis.  He has been at UCD since 2004.

He received his DVM and PhD degrees from the University of Illinois (Go Illini!).  He is board-certified by the American Board of Veterinary Toxicology and has served that organization in a number of roles including President.  He has almost 30 years of experience as a diagnostic veterinary toxicologist including previous faculty and diagnostic laboratory positions at Michigan State University and the University of Pennsylvania. He is author or co-author on over 150 scientific manuscripts and textbook chapters.

Showing 1 out of 1 results

Q: Hormones are in the 1 part per billion. Having glycophosphate levels of 1 part per million may be the cause in the increases in animal tumors and cancers I have observed.

A: You mention hormones being active at parts per billion concentrations. So, what I think that you are asking is - if hormones are active at parts per billion and glyphosate is present at higher concentrations (i.e., parts per million) why isn’t glyphosate causing problems? Perhaps the best answer is that the activity (either a pharmacologic action or a toxic action) of chemicals (either a naturally occurring chemical such as a hormone [yes hormones are chemicals] or man-made chemicals [such as glyphosate]) varies considerably between chemicals and is dependent on how much of a chemical rea [...]