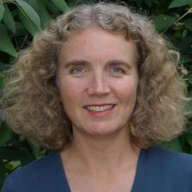 I joined Monsanto in 1984 after receiving my Ph.D. in Agricultural and Environmental Chemistry from the University of California – Berkeley. I was part of the Regulatory Environmental Sciences Technology Center, and have spent my career on understanding how Monsanto’s agricultural chemical products behave in the environment. We study what happens to our products in plants, animals, soil and water, and determine the potential for environmental and human exposure, in order to ensure that our products can be used safely. I am now the Global Residue and Exposure Strategy Lead at Bayer.

Showing 5 out of 5 results

Q: I don't understand how you can say GMO food is safe, when farmers are spraying glyphosate on their crops. Glyphosate becomes systemic in the plant and cannot be washed off, and recent studies show a strong link between glyphosate and breast cancer. http:/

A: Your first question involves breast cancer, and I’d recommend you review a response that my colleague John Swarthout provided to a similar question posed on this site. Regarding your other question, it is true that glyphosate is a chelating agent, but that does not imply that it makes nutrients “unavailable in the soil.” Let me explain why. First, chelation is a natural and important process in soil.  Metals are mostly present in soil as solids and need to be dissolved to be taken up by a plant. Chelation increases the solubility of metal ions, reduces their toxicity, and makes them [...]

Q: How much pesticide residue is absorbed into newly planted GM seeds?

A: Your questions all relate to the safety of pesticide residues that may occur in GM crops.    That’s a reasonable concern given the rapid adoption and widespread use of GM crops. Importantly, since crops tolerant to herbicides such as glyphosate are very popular among farmers, spraying of glyphosate could lead to residues of the active ingredient in the forage or grain that is consumed by animals or humans.  When farmers spray fields to eliminate weeds that compete with the crop and reduce yield, the vast majority of the glyphosate enters plants through the leaves.  Gl [...]

A: I’ll start by addressing your second comment, on how Roundup Ready crops work. Glyphosate acts in plants by inhibiting an enzyme that is required for plants to synthesize certain amino acids. All Roundup Ready crops contain a gene that codes for a version of the enzyme that is not inhibited by glyphosate, allowing the plants to synthesize the amino acids even when they have been sprayed with glyphosate. (One crop, Roundup Ready canola, also metabolizes glyphosate to its primary crop metabolite, AMPA.) Thus, when the field is sprayed with glyphosate-containing herbicides at the approved applica [...]

A: There are two main mechanisms that have been used in the modification of crops to make them tolerant to herbicides. One is the insertion of a gene that produces a modified version of the target site of the herbicide, so that the plant can still function in the presence of the herbicide. A second mechanism for conferring tolerance in a crop is the insertion of a gene that produces an enzyme that metabolizes the herbicide, so that it is rapidly detoxified in the plant and becomes herbicidally inactive.   Glyphosate-tolerant corn and soybeans utilize the first mechanism. Glyphosate inhibi [...]

GMO Basics How GMOs Are Made

Q: what concentration of glyphosate remains in GMO corn on my table?

A: The use of a pesticide in any crop, whether conventional or genetically modified, can potentially lead to residues remaining in the harvested commodities.  Regulatory agencies such as the EPA evaluate the safety of these residues, based on the highest concentrations that could be expected if the pesticide is used at the highest rates allowed by the label.  Because residues typically vary significantly due to the environmental factors such as temperature, rainfall, and soil conditions, residue trials are conducted at multiple locations throughout the growing region of the crop in ord [...]