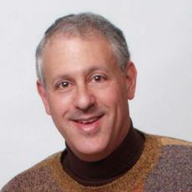 I am a pediatrician and clinical toxicologist. In my fifteen-plus years at Monsanto, my focus has been on assuring the safety of all of our products – GM and conventional seed, as well as chemical – for our workers, for farmers and for the general public.

A: We think it’s possible that two issues could be getting confused here, and we want to make sure that the question you are concerned about is answered.    First of all, although glyphosate-containing herbicides (such as Roundup products), when used according to the label, have a long history of safe use, they can be harmful when ingested.  No herbicide should be ingested.   Second, there is a widespread claim that failure of Monsanto’s GM cotton product caused farmers in India to commit suicide.  Tragically, farmer suicides in India began long before the int [...]

Q: Will I get cancer?

A: Cancer is a frightening prospect.  Some time back, an in-law asked me what would be the most effective thing he could do to avoid dying of cancer.  My answer was simple: stop taking your cholesterol medication. As sarcastic as that answer may sound, this is our reality: if you look at medical causes of death in aging adults, about half of us will die of cancer (all types combined) and half will die of heart disease.  Heart disease used to be way ahead of cancer as a cause of death, but we have gotten much better at prevention and treatment for heart conditions and done not so w [...]

Q: Good Afternoon,Can you explain how we are to reconcile the claims that GMO foods are safe and "comparable" to Non-GMO foods, when GMOs are doused with chemicals, such as Monsanto's Roundup, which contains GLYPHOSATE? More and more studies are now linking

A: This is a multifaceted question with the understanding that you don't trust information from industry scientists, government scientists, academic scientists at institutions that receive private funding or organizations like the AMA and, I will presume, the National Academy of Sciences.  I point this out because there was an article published recently that discusses exactly this expectation of corruption that may be of interest (see page 8). I will begin by sorting out and clarifying some items.  Crops are not “doused” in anything.  The word implies a haphazard and presumab [...]

Q: As glyphosate is lipid soluble, are GMO foods contributing to obesity?

A: It is a common misunderstanding that pesticides, in general, accumulate in body fat.  While this phenomenon may occur with some older compounds and a very few compounds currently in use, pesticides that bioaccumulate to any significant degree have been removed from use or are highly restricted to specialized applications needs that limit environmental exposures. Glyphosate is structurally related to the amino acid (protein component) glycine and is readily soluble in water, as demonstrated by the fact that you can buy water-based formulations containing as much as 62% glyphosate salts in [...]

A: It is important to recognize that the major food allergens, accounting for 90% of food allergy, are predominantly foods that are not genetically modified.  The major food allergens are milk, eggs, peanuts, tree nuts, fish, shellfish, soy, and wheat, of which only soy is GM at this time (ibid.).  The majority of food allergies and the vast majority of food allergies which tend to be most persistent after childhood (peanut, tree nut, seafood) involve NON-GM foods.  To date, no reports exist of individuals who have developed sensitivity to proteins added via the genetic modificati [...]

Q: How do you respond to the recent Entropy publication blaming glyphosate as disrupting our biochemical pathways and potentially being responsible for most of the primary diseases of Americans for being on the rise in the last 5 years? I am providing the li

A: This publication claims that there is a causal connection between glyphosate and numerous diseases, including autism, Alzheimer’s, obesity, anorexia nervosa, liver disease, reproductive and developmental disorders, and cancer.   In actuality, the manuscript offers no new data.  Instead it presents multiple hypotheses, none of which are tested, and in order for the story to be true, every one of the hypotheses must be true. It is an attempt to make correlations between glyphosate and common health ailments. None of the disease associations are supported by available toxicology t [...]

Q: You insist that there is no scientific evidence that glyphosate poses a potential hazard to an unborn child. Could you please explain why there are several studies that indicate that this is not true?

A: Typically, scientists who focus on reproductive and developmental safety look at two different sources of information: animal studies and epidemiologic investigations. In regard to animal data, glyphosate is relatively unique in having multiple independent companies perform reproductive and developmental toxicology studies in rodents and rabbits. These studies show no reproducible reproductive or developmental effects. Most recently, in 2012, a group of toxicologists conducted a detailed review of all of the animal and epidemiologic data and summarized: “An evaluation of this database found n [...]

Q: Why did Monsanto patent Glyphosate as an antibiotic? Also, the medical establishment has been preaching for years that we should not overuse antibiotics, so as to prevent the development of super bugs. So, doesnt the generous use of the antibiotic Glyph

A: Companies with patented chemical technologies will generally try to patent all reasonable potential uses of that chemical in order to obtain maximal return on their research investments. Such uses cannot be speculative — we can’t patent glyphosate as jet fuel or nail polish remover, because it clearly does not do those things — but glyphosate does inhibit an enzymatic pathway in many bacteria and parasites, and a reasonable case can be made that glyphosate might be effective as an antimicrobial. (Technically, an antibiotic is naturally occurring, while antimicrobial covers a broader range of c [...]

Q: Is it true that Sri Lanka has become the first country to ban Monsantos RoundUp Ready chemical, glyphosate, in light of recent studies linking it to chronic kidney failure? This is being reported on the net.

A: Update: May 29, 2015      Chronic kidney disease of unknown cause (CKDu) has been a significant health issue in parts of Sri Lanka for many years.  The reasons for this have been explored at length by World Health Organization and by other experts and organizations in Sri Lanka and in other locations, and no clear cause has emerged.  There is no evidence that glyphosate causes or contributes to kidney failure in humans or animals. Many other statistical risk factors have been proposed, but none are proven to be causally related at this time despite decades of [...]

A: I answered a similar question about the claim that Sri Lanka banned glyphosate in this response. [...]

A: I answered a similar question about the claim that Sri Lanka banned glyphosate in this response. [...]