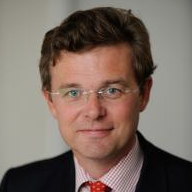 Carel du Marchie Sarvaas is the Former Director for Agricultural Biotechnology at EuropaBio. EuropaBio is the European Association of Biotechnology Industries. It has 66 corporate members, 7 associate members and 22 national biotech associations representing +1800 biotech SMEs from across the EU. EuropaBio is active in the three main areas of biotechnology: industrial, pharmaceutical and agricultural. In agriculture, it represents all main producers of biotech seeds.

Showing 4 out of 4 results

Q: Someone claims that 61 countries require GMO labeling. What does a GMO label look like?What is sufficient to require such a label?

A: You raise several questions. I’ll address each of them individually.   Someone claims that 61 countries require GMO labeling. There is a quasi-generalised requirement to label products of GM origin that are not considered to be substantially equivalent to their conventional counterpart, with a view that the consumer be informed of novel traits and food properties to facilitate informed choices. Labeling can be mandatory (Australia, EU, Japan, Brazil, China) or voluntary (Canada, Hong Kong, United States). For products that are considered to be substantially equivalent, because they [...]

Q: Why are GMO foods banned in so many countries like China and Russia and the whole continent of Europe if they are safe? And if GMO food is great why not publicize with some iyh informative ads and identify them with labels?

A: First, let me make a correction. In fact, GMO foods are not banned in China. The Chinese government has supported and funded many critical programs on biotech crop R&D in China. China has commercialized cultivated Bt cotton since 1997. Biotech papaya has been commercially cultivated in China since 2006. The China Ministry of Agriculture(MOA) is the major regulatory agency for biotech crops. I personally have been engaged in biotech R&D and management since 1996.  I have seen MOA grant Safety Certificates for importing food and feed processing material from biotech crops including [...]

A: Regarding Europe:   European Commission funded-research from 130 projects involving 500 independent research groups over 25 years concluded that, “There is, as of today, no scientific evidence associating GMOs with higher risks for the environment or for food and feed safety than conventional plants and organisms.” The GMO stalemate in Europe is a political issue. The GM approval process in Europe requires a political vote after the scientific phase (safety assessment). Nine countries in Europe have introduced bans on GM crops. These bans are legally questionable under EU law (and s [...]

Q: if the EU is in support of GMO safety, why do products containing them require labels, or in some instances outright ban GMO's in many of their countries?

A: In the European Union, GM labelling is mandatory for all food and feed products consisting of, containing, or obtained from GM plants when this is above 0.9% of that ingredient. The 0.9% threshold was determined by political co-decision and has no foundation in any scientific finding or fact. GM labelling has nothing to do with food safety. It is for commercial purposes in order to distinguish between GM, conventional and organic products when they are sold to consumers as they correspond to different market segments. The principle behind GM labelling in Europe is freedom of choice – bot [...]

A: For three years France was the second largest GM cultivator in the EU, before the government introduced a moratorium in 2008. Since then, the highest French Court, Conseil d’Etat, and the European Court of Justice have repeatedly declared the ban illegal. As a consequence, French farmers are denied the possibility to choose GM technology. The EU’s official food safety watchdog has consistently upheld its scientific opinions on the products affected by national bans in Europe, repeating that these products are as safe as their conventional counterparts. More information on France’s histor [...]