The following is an excerpt of an article by Kurt Greenbaum on Washington University's Source website discussing a new report on consumers' attitudes toward genetically engineered foods. 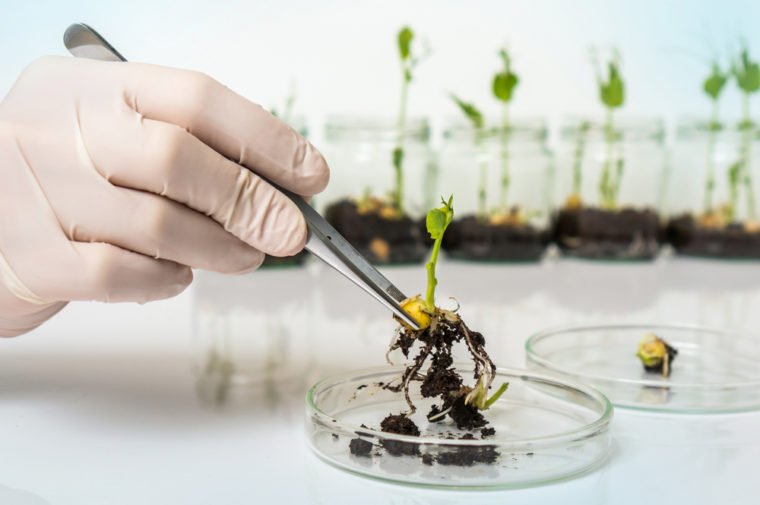 Is a non-browning apple less “natural” than non-fat milk? In one case, people have injected something into apple DNA to prevent it from turning brown after it’s cut. In the other, people used technology to remove something that appears naturally in milk.

The question of what constitutes “naturalness” — and consumers’ attitudes about it — lies at the heart of Washington University in St. Louis research from lead author Sydney Scott, assistant professor of marketing in the Olin Business School. The paper, titled “An Overview of Attitudes Toward Genetically Engineered Foods,” was published last month in the Annual Review of Nutrition.
Scott

“It’s an overview of where we are,” said Scott, who previously published research on the “moralization” of genetically modified foods and the role of consumer “disgust” in their consumption. “It’s looking at the state of what’s been done in the regulatory landscape and the research in understanding attitudes.”

Poking around in the DNA

The upshot of the team’s work is that after more than 20 years of growth in genetic engineering in agriculture, consumers have largely remained skeptical, even to the point of being “grossed out” by the idea.

“In some contexts, people view nature and naturalness as sacred and genetically engineered food as a violation of naturalness,” the authors wrote. The prevailing research also shows that consumers follow “the magical law of contagion” — the idea that the slightest contact between natural foods and something else contaminates it. Thus, a housefly’s wing in a bowl of soup renders the entire serving inedible.

What the research overview doesn’t address, however, is why some consumers seem to be fine with heavily processed foods — Hamburger Helper, frozen microwave dinners, or maple-flavored “pancake syrup” — but cannot abide genetically engineered foods such as weed-resistant soybeans, vitamin A-enriched rice, or fast-growing salmon.

“Consumers seem to be saying it’s not OK to poke into the DNA. That’s yucky,” Scott said. “People are grossed out by that.”

Scott said the Annual Review commissioned the overview of research findings. “We were hoping it would provide a useful synthesis of what we know to a broad audience — the risks and benefits of this technology, what people think and why? — and highlight the importance of this pro-naturalness context.”

Through their review of the literature, the researchers noted that prior work identified four governmental approaches to regulating genetically modified crops, ranging from promotional to permissive to precautionary to preventative. For example, the United States tends to have a permissive approach, grows a lot of genetically modified crops, and says they are “generally recognized as safe.”

By contrast, the European Union is restrictive in its approach, allowing only two genetically engineered crops to be grown commercially — potatoes and maize — and even those are not grown for human consumption “due to consumer resistance,” according to the research paper.

Yet globally, the increase in genetically engineered crops has grown to cover half of U.S. cropland and 12 percent of total cropland — mostly in North and South America and Asia. At the same time, worldwide sales of organic food has climbed from about $15.2 billion in 1999 to $90 billion in 2016.

A key aim of the research team’s work was to expose the gap between advocates of genetically engineered foods and opponents. Scott said, “This won’t be solved by just taking into account the scientific information,” which shows genetically engineered foods have no adverse effects on the environment or human health. “When we’re communicating with people about this technology, to have a successful conversation, we have to realize that.”

“What we’re trying to figure out now is what will allow people to reach a better consensus,” Scott said. “I don’t think it’s insurmountable.”

To read the entire article, please visit the Source website.

which gmo foods/ingredients have genes inserted into them that come from pork? i have…

ARTICLE: Most shoppers think supermarkets should do more to reduce food waste